On the second anniversary of its decision in Obergefell, the Supreme Court struck another blow in favor of LGBT rights. 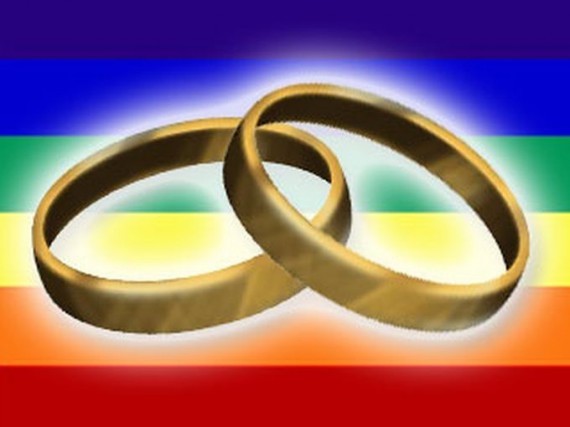 In addition to all its other activity this week, the Supreme Court issued a short opinion this week that reaffirms it’s decision in Obergefell v. Hodges that struck down bans on same-sex marriage nationwide and ruled that an Arkansas law that treated lesbian and gay parents differently from opposite-sex parents:

WASHINGTON — The Supreme Court on Monday reaffirmed its 2015 decision recognizing a constitutional right to same-sex marriage, ruling that states may not treat married same-sex couples differently from others in issuing birth certificates.

The case concerns an Arkansas law about birth certificates that treats married opposite-sex couples differently from same-sex ones. A husband of a married woman is automatically listed as the father even if he is not the genetic parent. Same-sex spouses are not.

The case, Pavan v. Smith, No. 16-992, was brought by two married lesbian couples who had jointly planned their child’s conception by means of an anonymous sperm donor. State officials listed the biological mother on the children’s birth certificates and refused to list their partners, saying they were not entitled to a husband’s presumption of paternity.

The Arkansas Supreme Court ruled against the women, saying that “it does not violate equal protection to acknowledge basic biological truths.”

The plaintiffs told the Supreme Court that Arkansas’ approach has serious consequences.

The case at bar involves a lesbian couple who were legally married in the wake of the Supreme Court’s decision. Subsequently, one of the women became pregnant, apparently through sperm donation and artificial insemination. When the child was born, the couple sought to have both women listed as parents on the birth certificate, just as would happen in the case of an opposite-sex married couple regardless of any questions about the actual paternity of the child. The state denied this request because it claimed, relevant state law only allowed biological parents to be listed on a birth certificate, an argument that is largely undercut by the fact that Arkansas has never required that the husband of a woman who has given birth take a paternity test to prove that he is, in fact, the father of the child. Based on this, as well as on the arguments cited in the majority opinion in Obergefell, the Court ruled that the state’s refusal to allow gay parents to be listed as parents on a birth certificate amounted to the kind of irrational, unequal treatment that Obergefell sought to prohibit.

It should be noted that this decision is likely to have a somewhat limited impact notwithstanding the fact that is clearly the correct one given the holding in Obergefell. For example, it wouldn’t appear to apply in the case of two gay men who adopt a child in a situation where one of them is the natural parent but the child was born via a surrogate. Nor would it appear to apply to cases involving the adoption of a child born to other parents entirely. In those cases, the laws governing adoption would apply and they generally involve court proceedings and the issuance of a new birth certificate listing the adoptive parents as the child’s parents. While the issue of adoption by gay couples has been controversial, it is permitted in Arkansas thanks to a 2011 decision by the Arkansas Supreme Court that struck down a state law barring adoption by gays and lesbians.

There are two other things about this case that are notable. The first is that it happened to be handed down on the second anniversary of the Court’s decision in Obergefell, although that is likely only a coincidence. The second is what one finds in the dissent written by Justice Gorsuch and joined by Justices Alito and Thomas. The first thing to take note of with regard to the dissent is the fact that Chief Justice Roberts did not join in the dissent notwithstanding the fact that he was part of the minority in Obergefell. While it’s not always wise to read anything into such things, this could be a sign that Roberts would be reluctant in the future to join an opinion that sought to overturn or limit the holding in Obergefell in any way. Given some of Roberts’ previous positions on other issues, and the fact that the positions he takes often seem to be concerned with the idea of protecting the legitimacy of the Court, this would be an entirely understandable position on his part. As things stand, the Court’s decision in Obergefell has been rather easily accepted by the public as a whole and has been acted in reliance on by thousands of lesbian and gay couples who are now living as married couples thanks to the Court’s action. The idea that this right could be taken away in the future by a change of one or two Justices remains of concern to many people. Potentially, his position in this case indicates that Roberts would be reluctant to do that and that he would defend Obergefell on the basis of stare decisis at the very least. Gorsuch’s dissent is also notable because it essentially accepts the Court’s holding in Obergefell rather than trying to argue the issue all over again. Is that an indication that even the dissenters in Obergefell have given up the battle against marriage equality? We’d only know for sure in the event a case that directly challenged that case’s holding came before the Court, but this dissent suggests that the conservatives would not be eager for another fight over that issue. For everyone’s sake, let’s hope that’s the case.

Here’s the opinion in the Arkansas case: