The Supreme Court ruled that the mere fact that the driver of a rental car is not listed on the rental agreement is not sufficient to justify a warrantless search of the vehicle. 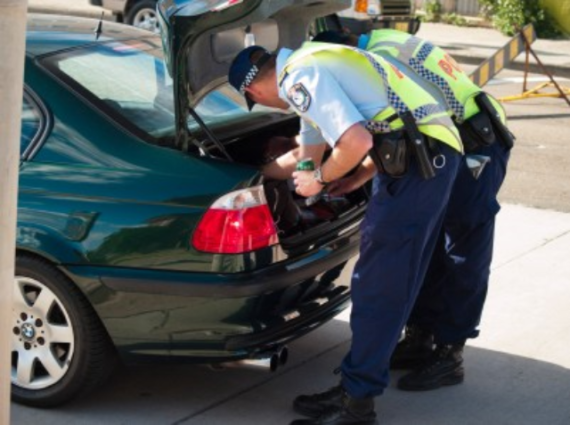 Yesterday, a unanimous Supreme Court handed down an important Fourth Amendment ruling that upholds the right against warrantless searches and seizures of rental cars even when the driver isn’t specifically listed on the rental contract:

The Supreme Court Monday said that just because the name of a driver of a rental car is not on the rental agreement, that does not automatically mean that he or she has diminished privacy rights.

The unanimous opinion sends the case back down to the lower courts. The ruling is a victory for privacy rights advocates who were concerned that police could find reasons to stop rental car drivers for minor infractions knowing that they could engage in searches without the driver’s consent.

The case dates back to 2014, when Terrence Byrd was stopped by police for a minor traffic infraction. Police noticed that he appeared nervous, and when they asked him for the rental agreement for the car, his name was not listed as a permissive driver.

The officers said they did not need to consent to a search of his car, because his name was not listed on the rental agreement and as an unauthorized driver he had no reasonable expectation of privacy. They found 49 bricks of heroin in his trunk and body armor.

Byrd’s lawyer sought to suppress the evidence against him, citing the Fourth Amendment’s guarantee against unreasonable search and seizure. He noted that Byrd had the permission of his girlfriend, whose name was on the agreement, to rent the car.

He lost at the lower court and was subsequently convicted of drug charges and sentenced to 120 months in prison.

Justice Anthony Kennedy wrote, “the mere fact that a driver is not listed on the rental agreement will not defeat his or her otherwise reasonable expectation of privacy,”

Steve Vladeck, CNN Supreme Court analyst and professor at the University of Texas School of Law, said Monday’s ruling “closes an important gap” in the court’s “Fourth Amendment jurisprudence by clarifying that a driver of a rental car who is not on the rental agreement does not automatically lose the protections other drivers would have during a traffic stop.”

“That’s an important clarification, albeit one that just means law enforcement officers will have to treat such drivers the same way they treat anyone else they pull over,” Vladeck added.

Amy Howe comments on the Court’s decision at SCOTUSBlog:

In a unanimous decision by Justice Anthony Kennedy, the justices rejected the federal government’s argument that a driver who is not listed on the rental agreement can never have a reasonable expectation of privacy in the car, because the rental company has not given him permission to use it. That rule, the justices concluded, “rests on too restrictive a view of the Fourth Amendment’s protections.” Under the Supreme Court’s cases, the justices explained, whether someone has an expectation of privacy in a car shouldn’t hinge on whether the person who gave them permission to drive it owns the car or rented it.

The justices also rebuffed the government’s argument that Byrd could not have had an expectation of privacy in the rental car because driving the car violated the rental agreement that Reed had signed. “As anyone who has rented a car knows, car-rental agreements are filled with long lists of restrictions” – everything from not driving on unpaved roads to not talking on a hand-held cellphone while driving. At least for Fourth Amendment purposes, the justices concluded, “there is no meaningful difference between the authorized-driver provision” and the other provisions of the rental agreement that the government agrees “do not eliminate an expectation of privacy.”

In the ruling from which Byrd was appealing in this matter, the Third Circuit Court of Appeals, which was also the source of another decision the Justices overruled yesterday dealing with sports betting, ruled against Byrd based primarily on the fact that he was not a party to the rental agreement and therefore did not have a reasonable expectation of privacy in the vehicle that would otherwise require police to obtain a warrant. In its decision, the Court stated; “that society generally does not share or recognize an expectation of privacy for those who have gained possession and control over a rental vehicle they have borrowed without the permission of the rental company.” This ruling occurred despite the incontrovertible fact that the Defendant’s girlfriend, who was the sole name listed on the rental agreement, had authorized him to use the car and that the police were at least aware of this claim at the time they conducted the search.

In a brief to the Supreme Court, the Defendant’s attorney noted that the Defendant’s girlfriend had given him both possession and control of the vehicle and that, as a result, he had a reasonable belief that he could exclude the government from searching the car without probable cause and a warrant. It’s worth noting that Byrd was alone in the car when it was pulled over for the traffic infraction, meaning that the police at the time didn’t have a way to verify his claim. It’s possible that under those circumstances, they might have had a basis for detaining Byrd while attempting to verify his claims, but that alone would not have given them a basis to search the vehicle in the manner that they did. It’s worth noting that there was no indication that the car had been stolen, and no indication that there was any other reason to detain Byrd, take possession of the vehicle or search it.  Presented with these facts, it seems clear that the police had no legal basis upon which to search the vehicle with first obtaining a search warrant.

In its unanimous opinion, written by Justice Kennedy, the Court agreed with the Defendant that the mere fact that the driver was not listed on the Rental Agreement does not mean that he or she does not have a reasonable expectation of privacy in the vehicle. This clearly seems to be the correct decision. While both Byrd and his girlfriend had arguably violated the terms of the rental agreement by allowing the car to be driven by an unauthorized driver, that contract breach does not by itself mean that Byrd has no Fourth Amendment rights in the vehicle. If Byrd had been driving the car without his girlfriend’s knowledge, or if she had explicitly not given him permission to drive the vehicle, then it’s possible he might not have an expectation of privacy. At the time of the search, though, the police had no way of knowing if that was the case. In that sense, the situation that Byrd found himself was no different from one in which he was using a car registered in his girlfriend’s name. Generally speaking, the mere fact that the driver and the owner of a vehicle are different people does not give police license to conduct a warrantless search, and there’s no reason why this shouldn’t be the case here. If there is a claim to be pursued here, it would be a civil claim that the rental car company may have against Byrd and his girlfriend based on the fact that an unauthorized driver was driving the vehicle. The fact that Byrd’s name was not on the rental agreement, though, isn’t by itself sufficient grounds to hold that he didn’t have Fourth Amendment rights in this situation.

As Howe notes in the analysis linked above, this doesn’t necessarily mean that Byrd is out of legal jeopardy. Instead of dismissing the case, the Court remanded it to allow the Courts below to explore the other arguments that the government raised to defeat Byrd’s Fourth Amendment claims. These grounds include the question of whether Byrd lacked a reasonable expectation of privacy because he and his girlfriend had allegedly engaged in a scheme to deceive the rental car company whereby she would rent the car under her name due to the fact that Byrd would not be able to rent a car due to his prior criminal record. Essentially, the government argues that this scheme, if proven, would make Byrd essentially no different from a car thief, thus meaning that he lacked any expectation of privacy. The second potential ground is whether the police had probable cause to search the car without a warrant independent of the fact that Byrd was not on the rental agreement because they believed it contained evidence of a crime. Based on the arguments before the Court, though, neither of those issues was relevant to the Third Circuit’s ruling in Byrd’s appeal. Instead, that ruling was based solely on the fact that Byrd was not on the rental agreement. For that reason alone, it seems clear that the Third Circuit’s ruling was wrong and that the Justices were correct in their decision to reverse the decision below.