Twenty-five years after his seminal "End of History" article, Francis Fukuyama reflects on its legacy. 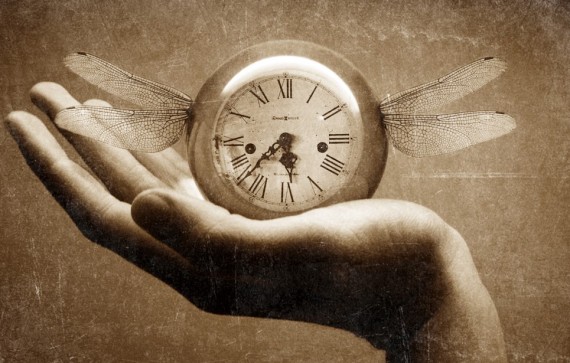 Twenty-five years after his seminal “End of History” article, Francis Fukuyama reflects on its legacy. He starts from the obvious:

Russia is a menacing electoral authoritarian regime fueled by petrodollars, seeking to bully its neighbors and take back territories lost when the Soviet Union dissolved in 1991. China remains authoritarian but now has the second-largest economy in the world, as well as its own territorial ambitions in the South and East China Seas. As the foreign-policy analyst Walter Russell Mead recently wrote, old-fashioned geopolitics has returned big time, and global stability is being threatened at both ends of Eurasia.

The problem in today’s world isn’t just that authoritarian powers are on the move but that many existing democracies aren’t doing well either. Take Thailand, whose frayed political fabric gave way last month to a military coup, or Bangladesh, whose system remains in thrall to two corrupt political machines. Many countries that seemed to have made successful democratic transitions—Turkey, Sri Lanka, Nicaragua—have been backsliding into authoritarian practices. Others, including recent additions to theEuropean Union like Romania and Bulgaria, are still plagued by corruption.

And then there are the developed democracies. Both the U.S. and the European Union experienced severe financial crises in the past decade, which meant anemic growth and high unemployment, especially for young people. Though the U.S. economy has now started to expand again, the benefits haven’t been evenly shared, and the country’s polarized and partisan political system hardly seems a shining example for other democracies.

But, on balance, he thinks he was right:

When observing broad historical trends, it is important not to get carried away by short-term developments. The hallmark of a durable political system is its long-term sustainability, not its performance in any given decade.

Let’s consider, to begin with, how dramatically economic and political systems have changed over the last two generations. On the economic front, the world economy saw a massive increase in output, roughly quadrupling between the early 1970s and the financial crisis of 2007-08. Though the crisis was a large setback, levels of prosperity throughout the world have increased massively and on all continents. This has come about because the world has been knit together in a liberal system of trade and investment. Even in communist countries such as China and Vietnam, market rules and competition dominate.

Huge changes have taken place in the political sphere as well. In 1974, according to the Stanford University democracy expert Larry Diamond, there were only about 35 electoral democracies, which represented something less than 30% of the world’s countries. By 2013, that number had expanded to about 120, or more than 60% of the total. The year 1989 marked only a sudden acceleration of a broader trend that the late Harvard political scientist Samuel Huntington labeled the “third wave” of democratization, a wave that had begun with the transitions in southern Europe and Latin America some 15 years earlier and would later spread to sub-Saharan Africa and Asia.

The emergence of a market-based global economic order and the spread of democracy are clearly linked. Democracy has always rested on a broad middle class, and the ranks of prosperous, property-holding citizens have ballooned everywhere in the past generation. Wealthier, better-educated populations are typically much more demanding of their governments—and because they pay taxes, they feel entitled to hold public officials accountable. Many of the world’s most stubborn bastions of authoritarianism are oil-rich states such as Russia, Venezuela or the regimes in the Persian Gulf, where the “resource curse,” as it has been called, gives the government enormous revenues from a source other than the people themselves.

Even granting the ability of oil-rich autocrats to resist change, we have since 2005 witnessed what Dr. Diamond calls a global “democratic recession.” According toFreedom House, which publishes widely used measures of political and civil liberties, there has been a decline in both the number and the quality of democracies (integrity of elections, freedom of the press, etc.) over the past eight consecutive years.

But Fukuyama thinks the trends are in the right direction:

But let’s put this democratic recession in perspective: While we may worry about authoritarian trends in Russia, Thailand or Nicaragua, all of these countries were unambiguous dictatorships in the 1970s. Despite those thrilling revolutionary days in Cairo’s Tahrir Square in 2011, the Arab Spring doesn’t look like it will yield a real democracy anywhere but the country where it started, Tunisia. Still, it is likely to mean more responsive Arab politics over the long haul. Expectations that this would happen quickly were extremely unrealistic. We forget that following the revolutions of 1848—Europe’s “Springtime of Peoples”—democracy took another 70 years to consolidate.

In the realm of ideas, moreover, liberal democracy still doesn’t have any real competitors. Vladimir Putin’s Russia and the ayatollahs’ Iran pay homage to democratic ideals even as they trample them in practice. Why else bother to hold sham referendums on “self-determination” in eastern Ukraine? Some radicals in the Middle East may dream of restoring an Islamist caliphate, but this isn’t the choice of the vast majority of people living in Muslim countries. The only system out there that would appear to be at all competitive with liberal democracy is the so-called “China model,” which mixes authoritarian government with a partially market-based economy and a high level of technocratic and technological competence.

Yet if asked to bet whether, 50 years from now, the U.S. and Europe would look more like China politically or vice versa, I would pick the latter without hesitation. There are many reasons to think that the China model isn’t sustainable. The system’s legitimacy and the party’s ongoing rule rest on continued high levels of growth, which simply won’t be forthcoming as China seeks to make the transition from a middle-income country to a high-income one.

Well . . . yes. But the USSR and Red China were holding elections from their inception. Indeed, as was often joked, any country that had “Democratic” or “People” in its name was sure to be Communist. And, while the outcomes of Soviet or ChiCom “democracy” were a foregone conclusion, both were “real” in the sense that the leadership understood that they had to maintain legitimacy by providing for the basic needs of the people. The Soviet Union post-Stalin and the PRC post-Mao were both committed to improving the national economy and the living standard of the people; regime survival depended on it.

Regardless, Fukuyama argues that the real struggle is within the democratic rubric:

Twenty-five years later, the most serious threat to the end-of-history hypothesis isn’t that there is a higher, better model out there that will someday supersede liberal democracy; neither Islamist theocracy nor Chinese capitalism cuts it. Once societies get on the up escalator of industrialization, their social structure begins to change in ways that increase demands for political participation. If political elites accommodate these demands, we arrive at some version of democracy.

The question is whether all countries will inevitably get on that escalator. The problem is the intertwining of politics and economics. Economic growth requires certain minimal institutions such as enforceable contracts and reliable public services before it will take off, but those basic institutions are hard to create in situations of extreme poverty and political division. Historically, societies broke out of this “trap” through accidents of history, in which bad things (like war) often created good things (like modern governments). It is not clear, however, that the stars will necessarily align for everyone.

A second problem that I did not address 25 years ago is that of political decay, which constitutes a down escalator. All institutions can decay over the long run. They are often rigid and conservative; rules responding to the needs of one historical period aren’t necessarily the right ones when external conditions change.

Moreover, modern institutions designed to be impersonal are often captured by powerful political actors over time. The natural human tendency to reward family and friends operates in all political systems, causing liberties to deteriorate into privileges. This is no less true in a democracy (look at the current U.S. tax code) than in an authoritarian system. In these circumstances, the rich tend to get richer not just because of higher returns to capital, as the French economist Thomas Piketty has argued, but because they have superior access to the political system and can use their connections to promote their interests.

The bottom line here is that history has not ended. What Fukuyama is describing is history.

The Marxist-Leninist Communism that was the other side of the Cold War was essentially defeated when Fukuyama wrote his famous essay, which would be expanded into a book. To be sure, China still calls itself Communist but it largely abandoned the model starting in the late 1970s, moving instead to a very centralized version of capitalism. And, while China seems to be expansionistic again, it’s not trying to spread an ideology but to secure regional hegemony to further Chinese national interests.

Almost immediately after Fukuyama’s original article, the obvious critique was to point to the burgeoning Islamist movement in the greater Middle East. More than even Stalinist or Maoist Communism, it is anti-Western and anti-modern. And it’s much more powerful as a political and cultural force now than it was in 1989.

Otherwise, I agree with Fukuyama that the struggle within the liberal democratic sphere continues and that the movement is not all for the good. But that’s always been the case.  Just because no major actors are calling for a replacement of representative government and free markets as the fundamental institutions of society doesn’t mean that the dialectic isn’t continuing to operate. Indeed, the flaws inherent in the system—whether those that arise from capitalists trying to horde as much capital as possible or those that arise when the people vote themselves too much largess from the treasury—are constantly exposed and the political system is constantly trying to issue course corrections.

But, again, that’s history. It’s been that way since the beginnings of democracy and capitalism and will presumably continue so long as man walks the earth. The only thing that ended in 1989 was one, relatively short-lived, experiment.

The End of Neoconservatism and the Last Pundit

Republicans Looking for an Enemy? 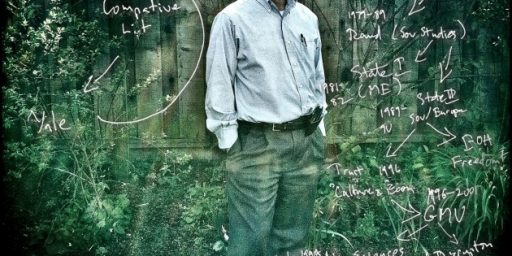 Francis Fukuyama on Origins of Government