The Republican Party needs a new message on foreign policy that is true to the conservative principles of the base and yet has a broad appeal to the American public. 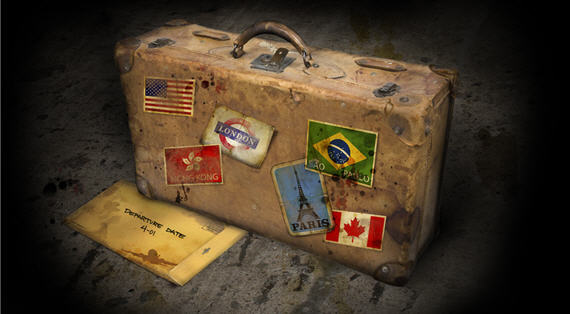 I’ve spent the last week floating around the Caribbean with my two little girls, a cast of Disney characters, and 2000 or so others. While I was away, the Atlantic published a piece I wrote right after the election titled “The Future of Conservative Foreign Policy.”  The upshot:

The Republican Party needs a new message on foreign policy that is true to the conservative principles of the base and yet has a broad appeal to the American public. It so happens that one already exists, has a proven track record of electoral success, and is only slightly used: the ”humble foreign policy” that candidate George W. Bush espoused during the 2000 campaign but abandoned with the Global War on Terror and the Iraq invasion.

Bush’s wisdom during the October 12, 2000 debates is striking in hindsight. “If we’re an arrogant nation,” he warned, “they’ll resent us; if we’re a humble nation, but strong, they’ll welcome us. And our nation stands alone right now in the world in terms of power, and that’s why we’ve got to be humble, and yet project strength in a way that promotes freedom.”

Now, to a large degree, that’s platitude rather than policy prescription. But it’s the right mindset from which to approach policy analysis.

Bush agreed, for example, with the Clinton administration’s actions in the Balkans: “I thought it was in our strategic interests to keep Milosevic in check because of our relations in NATO, and that’s why I took the position I took. I think it’s important for NATO to be strong and confident. I felt like an unchecked Milosevic would harm NATO.”

At the same time, he observed, “I’m worried about over committing our military around the world. I want to be judicious in its use.”

In contrast with Kosovo, Bush declared, “I wouldn’t have sent troops to Haiti. I didn’t think it was a mission worthwhile. It was a nation-building mission. And it was not very successful. It cost us a couple billions of dollars and I’m not sure democracy is any better off in Haiti than it was before.”

More broadly, Bush argued, “I’m not so sure the role of the United States is to go around the world and say, ‘This is the way it’s got to be.’ We can help.  . . . I mean I want to empower people. I want to help people help themselves, not have government tell people what to do. I just don’t think it’s the role of the United States to walk into a country and say, ‘We do it this way; so should you.'”

In short, Bush articulated a foreign policy centered on the national interests of the United States and its allies, one that carefully weighed costs and benefits, and that would be humble in not only its outward face but in its assessment of what the United States could reasonably achieve.  His presidency and the shape of his party’s foreign policy would be much better off had he carried it out.