Aaron Brazell explains why "THE INTERNET IS ABOUT TO BECOME WAY FASTER." 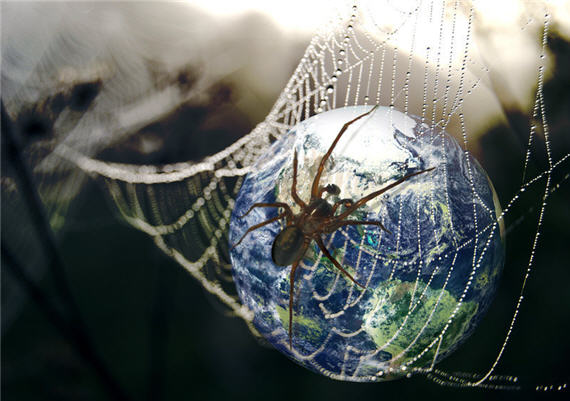 Aaron Brazell explains why “THE INTERNET IS ABOUT TO BECOME WAY FASTER.”

Earlier this week, the big news in the tech space surrounded the completion of the HTTP/2 Spec.

What does this mean for the internet? The short version is: it’s about to become way faster.

Faster is extremely important if you want to make money from traffic to your site. Or, you know, if you use the internet at all. No one wants to wait for a website that just sits there and spins while it’s trying to load. We all hate that. And importantly, Google hates that.

Several years ago, Google invented and implemented the SPDY protocol. Simply, SPDY allows for the compression and efficient transmission of requests between browser and server. I’ll get into the technical details later, but for the sake of summarizing why the Internet is about to get faster… Google’s SPDY technology is the cornerstone of HTTP/2.

The problem with HTTP/1.0 however, was that it only allowed for a single request on a single connection to the server. To put it in another way, The web page has 10 images on it. In order to get those 10 images from the server, it would have to send 10 requests. That creates a lot of requests for the server and if the server wasn’t optimized for that kind of capacity, it could crash… or at least be in the weeds.

When Google started giving SEO benefits to sites based on speed, they also ate their own dog food and invented SPDY. SPDY allows for compression of resources in a much more efficient way if both server and client supported it. It also allowed for single requests to get many resources at a time. That page that had 10 images and had to make 10 requests for those 10 images could now make a single request to get all 10 images at once. Efficiency, I tell you.

As with any working group, the task force that put together HTTP/2 had representation from Google. Google, as a good citizen, shared it’s knowledge and spec for SPDY with the working group and it became the basis of HTTP/2. In fact, Google will now eliminate SPDY in favor of HTTP/2.

In fact, clients are supporting HTTP/2 now. Well, a lot of them are anyway… and that’s because of Google’s implementation of SPDY. Internet Explorer 11+, Firefox 36+, and Chrome all implement SPDY-HTTP/2 support, but none are currently enabled by default. Safari and Mobile Safari will likely soon get the support.

There’s a lot of technical explanation at the link that will be of interest to developers and other geeks. OTB readers should benefit from this, given how image-driven the site is. We’ve optimized it as best we could (indeed, Aaron built an early version of the current layout) but there was only so much that HTTP/1 could do. At some point, we’ll probably do a minor redesign to take advantage this new protocol and to better optimize viewing on mobile devices.