How did the future of this former Burlington Coat Factory turn into a national political issue ? Well, it's a rather interesting story. 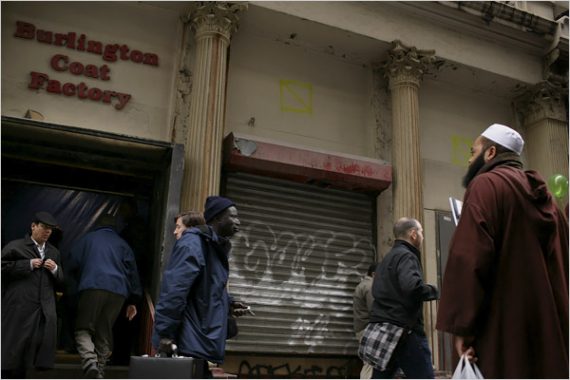 Over at Slate, Justin Elliot puts forward a timeline to show how the story of the “Ground Zero Mosque” went from a minor New York area story to a national controversy, and it’s not pretty:

And it wasn’t long after this, after the issue had been talked to death for weeks on talk radio and Fox News Channel, that Fox News hosts like Sean Hannity, conservative “pro-family” organizations, and so-called “men of God” started weighing in on this.

Then the politicians chimed in. First Sarah Palin, but soon there after it was Newt Gingrich, Rudy Giuliani and seemingly anyone else on the right who wanted to make a name for themselves. By the time the President chimed in last Friday, the ground had been prepared to such an extent that the political firestorm we now find ourselves in was seemingly inevitable.

Make no mistake, though, this is a manufactured controversy, and for proof of that you need look no further than the Laura Ingraham-Daisy Khan interview from December noted above:

What happened in the seven months since that interview was aired ? A very well coordinated propaganda campaign designed to appeal to people’s worst fears. Sadly, it’s looks like they’ve succeeded.