In the 80's it was yachts, today it's private jets. The argument is the same, and it's still without merit. 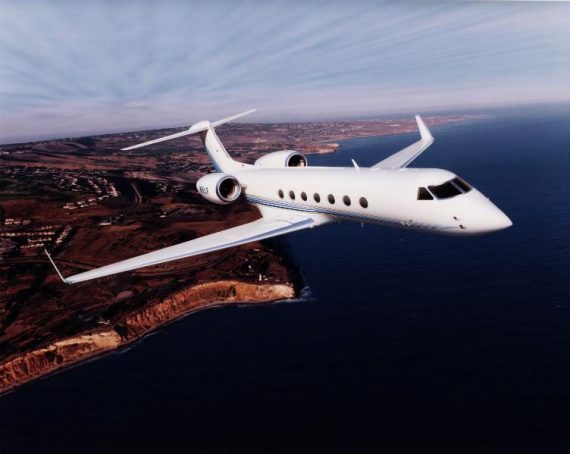 For a time during the debt ceiling negotiations, private jets became a a target of President Obama’s when he harshly criticized the GOP over a depreciation tax credit given to owners of private jets, which he cited as an example of one of those items of “spending in the tax code” that the GOP should be willing to give up. It was an interesting issue for Obama to hang his hat on, considering that the tax credit at issue was put in place by  his own 2009 stimulus package. Additionally, it’s estimated that eliminating the credit would generate at most $2 billion in additional revenue over ten years, so it’s pretty small potatoes. Nonetheless, it was yet another example of the rich v. poor class warfare that Democrats are so adept at playing.

Today, that attack is being renewed. Matthew Yglesias links today to a report in The New York Times regarding an interesting new phenomenon, the number of kids from well-to-do families who are getting to remote summer camps by private jet:

For decades, parents in the Northeast who sent their children to summer camp faced the same arduous logistics of traveling long distances to remote towns in Maine, New Hampshire and upstate New York to pick up their children or to attend parents’ visiting day.

Now, even as the economy limps along, more of the nation’s wealthier families are cutting out the car ride and chartering planes to fly to summer camps. One private jet broker, Todd Rome of Blue Star Jets, said his summer-camp business had jumped 30 percent over the last year.

This weekend, a popular choice for visiting day at camps, private planes jammed the runways at small rural airports.

Officials at the airport in Augusta said 51 private planes arrived between Thursday and Saturday; on a normal day, they would expect just a few. The airport was so busy that one of its two public runways was closed so all the incoming planes would have someplace to park, said Dale Kilmer, operations manager for Maine Instrument Flight, which operates the airport.

This, needless to say, is why progressive taxation is a good idea. Very rich people experience  a sharply declining marginal utility of money. If this kind of high-end consumption was more heavily taxed with the proceeds used to finance the consumption of the less fortunate, overall well-being could be easily enhanced.o

Yglesias isn’t necessarily talking about the tax credit that was the subject of the Presidents screed. He just seems really upset by the fact that there are people in American wealthy enough to be able to spend the money to send their children to a camp in the remotest part of Maine, and to charter a private jet to get them there. In the end, though, both arguments boil down to the same thing, a disdain for success and wealth and a belief that people don’t really have the right to spend their money they way they want to. If someone has been successful enough to do this, then who is the President or Yglesisas to judge them for it?

More importantly, though, this attack on private jets and spending money on luxuries bears a striking resemblance to a similar debate during the George H.W. Bush Administration when someone decided to impose a “luxury tax” on yachts:

President Bush, in his budget proposals, asked Congress to repeal the 10 percent luxury tax on yachts priced at more than $100,000 (and also on private planes that cost more than $250,000). The repeal, which Congress is likely to approve, would be retroactive to Feb. 1.

Since the tax took effect in January 1990, hundreds of builders of large and small boats have spoken of it as a stake driven into the heart of an industry already suffering from the recession, tighter bank rules on financing and fallout from the gulf war.

In the last two years, about 100 builders of luxury boats — recreational craft costing more than $100,000 — cut their operations severely and laid off thousands of workers. Some builders filed for protection from creditors under Chapter 11 of the Federal Bankruptcy Code.

Much as with the rhetoric directed against owners of private jets today, in the late 80s there were people in Washington who decided that people who bought yachts could afford to pay more for those yachts and that it was only “fair” that they pay their fair share in taxes. What they didn’t anticipate, though, is that increasing the price of a yacht would lead those people to decide that maybe they didn’t need to buy a new one this year. In the end, the people who ended up paying the cost of the ill-advised yacht tax weren’t the wealthy prospective yacht owners, but the companies that sold the yachts, the companies that built them, the people that worked for them, and all of the related industries that they relied upon to get their job done. There were no “proceeds….to finance the consumption of the less fortunate.” In fact, there were barely any proceeds at all, and the people who ended up getting hurt by this policy choice that was guided more by envy than economic common sense were people far less fortunate than either the yacht owners, or the Congressmen and Senators who passed the law. Does Yglesias really think it would be any different if we implemented his consumption tax idea?

One final point about the Times story, and Yglesias’s broader point, is brought up by this excerpt from the article:

Officials at the airport in Augusta said 51 private planes arrived between Thursday and Saturday; on a normal day, they would expect just a few. The airport was so busy that one of its two public runways was closed so all the incoming planes would have someplace to park, said Dale Kilmer, operations manager for Maine Instrument Flight, which operates the airport.

At Robert Lafleur Airport in Waterville, which is close to many of the private camps in the Belgrade Lake region of Maine, the assistant manager, Randy Marshall, brought on two extra people to help handle the traffic last weekend.

As Maine’s Governor, Paul LePage, says earlier in the article this is big business for the state of Maine. All these private jets generate revenue for the airports, and tax money for the state, not to mention the additional revenue the camps and surrounding businesses get from increased business. All because some wealthy parents can afford to send their kids to camp on a plane. Why would anyone complain about that?