The Other Side Of The Neil Munro Story: Obama Doesn’t Take Many Questions

Neil Munro acted like a jerk, but Barack Obama needs to be more open to questions than he has been. 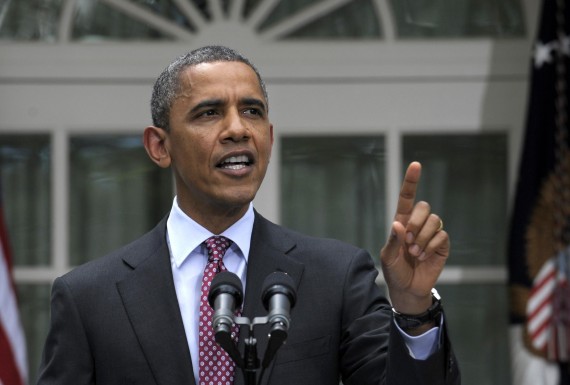 While there’s no question that what The Daily Caller’s Neil Munro did this afternoon was rude, obnoxious, unprofessional, and disrespectful, it is worth noting that President Obama has shown an aversion to taking questions at anything other than Presidential Press Conferences:

That’s par for the course for Obama, who rarely takes questions from the press pool that follows him almost futilely to his staged events.

Even when he intends to take questions, he does so sparingly. At his last “press conference” at the White House, Obama called on just three reporters.

A Towson professor studied Obama’s aversion to his press corps in February and found that he had held only 17 solo press conferences by then, fewer at that point than Bill Clinton (31), George H.W. Bush (56) and Ronald Reagan (21), though more than George W. Bush (11).

Over time, I’ve heard many reporters who had spent time as part of the White House Press Corps say that they were glad to leave, or to step outside the role of White House Reporter to cover a campaign, because the job doesn’t really involve much real reporting. Instead, it’s been likened to being more of a stenographer for the White House Press Office than a reporter and with one’s access to the Press Office and the President being entirely up to the Communications Office, there’s little opportunity to deviate from the strict rules that the White House sets for Presidential appearances. Today’s event, for example, was a “no questions” event, meaning that the President would not be soliciting questions after the event, leaving reporters to shout questions hoping that the President would answer them, although usually he doesn’t as the statistics about lay out quite clearly. If you want to preserve your access, though, you can’t stray too far from the line.

This is problematic primarily because it’s really not in the public interest for the White House to be able to control the press in this manner since allowing them to do that allows them to control the news cycle. If they don’t want the President to answer questions about the ongoing conflict between Eric Holder and Congress over Fast & Furious, for example, they just need to make sure that there aren’t many opportunities for the President to be confronted with questions. If there’s a story in the news cycle that they don’t want the President to answer, then they can just make a particular even a “no questions” event.  Even at the Daily Press Briefings, reporters other than those with the major television networks and news outlets struggle to get the opportunity to ask even a single question a month.

Notwithstanding the fact that Neil Munro acted like a jerk, that kind of insulation of the President from the press on the part of the White House is problematic because, at least in theory, the press is supposed to be there to ask the questions that Americans themselves cannot ask themselves. In all honesty, it’s probably the case that Munro has actually made the situation worse for the White House Press Corps, and the public, because his behavior makes it more likely that the Press Office is going to control the Presidents access to the media even more tightly between now and the election.

It’s somewhat ironic that this should all come up now, because Sunday happens to be the  40th anniversary of the Watergate break-in and the beginning of the end of the Nixon Administration. More than anything else, that event put an end to what some would call a friendly, perhaps even incestuous, relationship between the Presidency and the press. Before Watergate, the Press Office didn’t need to control the Press Corps’s access to the President because the press censored itself. Americans didn’t see FDR in a wheelchair, or struggling to walk to a podium, because the press considered it “disrespectful.” We didn’t hear the stories about his deteriorating health in advance of the 1944 election and in the final months of World War II. We didn’t learn that the real reason that Democratic Party insiders replaced Henry Wallace with Harry Truman as FDR’s running mate at the 1944 convention was because it was fairly certain that he wouldn’t last another four year term and they wanted a Vice-President who could be trusted to be President. They didn’t hear about President Kennedy’s Addison’s Disease or the back problems that kept him on pain killers for most of his Presidency. They didn’t hear about his personal life, including relationships with women who had ties to members of the Mafia. They didn’t hear about the time LBJ was hitting on female reporters at his ranch in Texas.

Watergate brought an end to all that, and created a much more adversarial relationship between the press corps and the White House, which I would submit is largely a good thing. A press corps that hides Presidential secrets is not doing the job it should be doing for the American people, and is in fact acting more like an agent of the state than a group of independent journalists. So, Woodward and Bernstein, and Dan Rather, and Sam Donaldson, and today guys like Jake Tapper have done the nation a service. Unfortunately, post-Watergate Administrations have responded to this independence on the part of the press by clamping down on press access to the President and Administration officials, setting ground rules that often seem designed to replicate the veil of secrecy that existed in the pre-Watergate era. That’s not a good thing at all.

Of course, the answer to all of this isn’t for reporters to follow Neil Munro’s example and act like obnoxious jerks. As I noted, all that is likely to accomplish is to make press access even more restrictive. Instead, the press should be making the American people aware of this problem and we should be demanding that the President, and all our elected officials, make themselves available for questioning, even by openly critical reporters, on a far more regular basis. 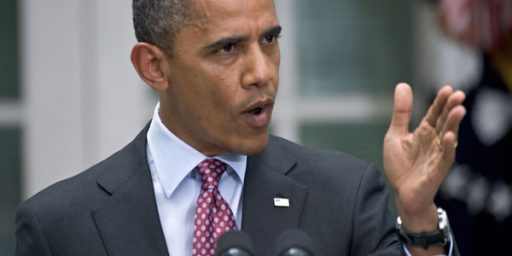