The Proper Scope Of Inquiry In Judicial Confirmation Hearings

How far should judicial confirmation hearings go in asking potential Judges and Justices their opinions about issues that may come before them? 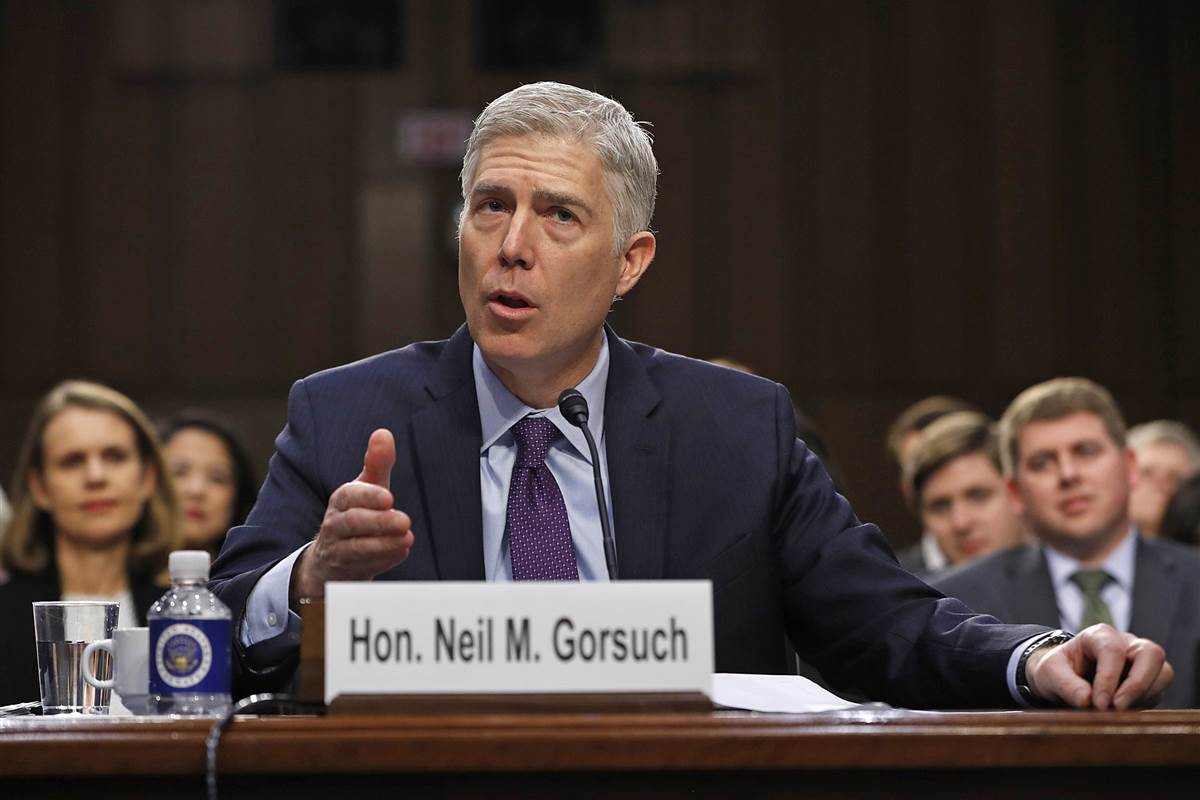 In a piece last week at National Review, Thomas Jipping, who has written extensively on legal issues from a conservative point of view and who currently serves as a senior legal staffer for Utah Senator Orrin Hatch as well as being affiliated with conservative organizations such as The Heritage Foundation, argues against the idea of asking judicial nominees for their personal opinions on contentious political issues:

America’s Founders established a system of government designed to maximize ordered liberty by limiting government. The key word in the preceding sentence is “designed.” The liberty that this system makes possible exists by design, not by accident. And the judiciary, as part of that system, is also designed to work in a particular way. Federal judges interpret and apply the law, such as statutes and the Constitution, as it is and applying it to decide individual cases. They must do both tasks, interpretation and application, impartially by eliminating their personal views as much as possible

When they take the oath of judicial office, these nominees will swear to “administer justice without respect persons, and do equal right to the poor and to the rich, and that I will faithfully and impartially discharge and perform all the duties incumbent upon me.

Similarly, Rule 2.2 of the American Bar Association’s Model Code of Judicial Conduct states that a judge “shall uphold and apply the law, and shall perform all duties of judicial office fairly and impartially.” One of the comments explaining this rule advises that “[a]lthough each judge comes to the bench with a unique background and personal philosophy, a judge must interpret and apply the law without regard to whether the judge approves or disapproves of the law in question.”

No one could disagree with that principle, but it should apply to all of the legal authorities that a judge will use to decide cases. That includes not only statutes or constitutional provisions, but also judicial precedents. If a judge must “interpret and apply the law without regard to whether [he or she] approves or disapproves of the law in question,” it cannot be appropriate to demand that the same individual, as a nominee, express such approval or disapproval as a condition of becoming a judge.

On the whole, I think that Jipping is correct here. What a nominee being appointed to a Federal District Court, one of the Circuit Courts of Appeal, or even the Supreme Court believes about a particular political issue outside of the legal arguments that may or may not be involved in considering such an issue should, ideally, be irrelevant to either their qualifications as a judicial nominee, a Judge, or a Justice. While some may view this as a naive point of view, the reality is that a Judge’s personal opinions on an issue should not have any real influence at all on how a Judge interprets the law or applies the facts of a specific case to the law. This is especially true of Judges at the appellate level, for whom the sole relevant issue ought to be the application of the law to the facts on record in the case before them. For Judges at the trial court level, such as the District Courts in the Federal system, the matter is slightly more complicated since they are often called on to make rulings on issues such as witness credibility that inherently call for the injection of some personal opinion. Even in that case, though, how a trial court judge feels about some esoteric social issue is, in the long run, likely to be irrelevant to any case that comes before them.

The classic example of this distinction between personal opinions and the proper role of a Judge can be seen in the Supreme Court’s opinion in the 1989 case Texas v. Johnson, which struck down laws that made it a crime to burn the American flag due to the fact that this was a form of political speech. When the decision was handed down, many people were surprised to see that among the six Justices in the majority were Anthony Kennedy, who had just joined the Court a year earlier after being appointed by President Reagan after both of his previous selections to replace Justice Lewis Powell, Robert Bork and Douglas Ginsburg, saw their nominations fail for different reasons, and Justice Antonin Scalia, who was easily the Court’s most conservative member at the time. Asked about how he ended up in the majority in subsequent years, Scalia stated that while he personally abhorred the entire idea of burning the American flag and would ban it if he were in the Legislative or Executive Branches of government, as a Judge it was clear to him that it was constitutionally protected speech and that the laws against it had to be struck down. This is how a Judge should act with regard to any issue that comes before them, especially a Judge at the appellate level. Therefore, questions during confirmation that ask them for their personal opinions on such issues ought to be avoided.

Another reason that legislators ought to avoid asking Judicial nominees about their personal opinions on political issues, controversial or otherwise, is because doing so places the nominee in a position where they could potentially violate the ethical rules that they would be required to follow as a Judge. As Jipping notes, a Judge is required to put their personal opinions aside when they put on the robe. Additionally, expressing opinions about particular issues, or hypothetical cases, in a confirmation hearing would effectively mean that they would be ethically required to recuse themselves in any case involving that issue that may come before them in the future. This would also be true of questions in which they might be asked to express an opinion regarding cases currently pending in a lower court that could potentially come before them in the future. This is why, since at least the confirmation hearings for Justice Ruth Bader Ginsburg, nearly all nominees for the Supreme Court, and most nominees for the Courts of Appeal, have responded to such questions by stating, correctly, that it would be improper for them to answer questions about issues that they could be required to rule upon if they were confirmed.

Some Senators have attempted to get around the evasion that has become typical in confirmation hearings by asking Judicial nominees if they agree with the outcome in certain landmark Supreme Court cases. In the past, this has included everything from the Supreme Court’s 1803 decision in Marbury v. Madison to more recent decisions in cases such as Brown v. Board of Education, Roe v. Wade and the cases that followed it such as Planned Parenthood v. Casey.

While this may seem like a perfectly reasonable question, I tend to agree with Japping that it is an improper question in many contexts. In the case of Judges below the Supreme Court, it is proper to inquire into how a nominee views precedent and the extent to which they would feel bound by it. When we’re talking about the Supreme Court, though, it’s important to remember that the Supreme Court could someday be called upon to rule on a case that brings the previous precedent into question and may even call for the overruling of that precedent. Requiring them to state on the record how they feel about that precedent would be as improper as requiring them to state for the record what their personal opinions on abortion or any other controversial issue that may come before them happens to be. In any case, as noted above the typical response from nominees since Ginsburg to such questions is that it would be improper for them to respond to the question because they may be required to rule on it as a Justice. That answer may not satisfy a Senator seeking to score political points for the cameras, but it is the only proper response a Judicial nominee should give.

Given the reality of modern-day Judicial confirmations, of course, it’s unlikely that Senators on either side of the aisle are going to take the advice that Jipping provides. For better or worse, the confirmation process has become highly politicized since at least the Robert Bork era, and that’s unlikely to change any time soon. It’s less common to run into this with District Court nominees, of course, but when it comes to appeals court nominees and especially nominees to the Supreme Court, the reality is that Senators will continue to try to ask nominees about their personal opinions and, following the precedent set by Justice Ginsburg, nominees will do their best to decline to give definitive answers to those questions. The result is that confirmation hearings have become less relevant even as the confirmation process has become more politicized. Unless and until that changes, we’re likely to get a continuation of what we’ve been seeing for the past twenty-five years even though it’s largely a waste of time.