We still don’t know for certain yet why the attacks in Mumbai took place or who the perpetrators were and we may not know for quite a while if ever. There are lots of speculations and accusations but precious little hard data. We don’t even know for certain how many were in the group that attacked Mumbai last week. The Indian government says ten, presumably because nine were killed and one captured. Among the things we do know are that

A post at Defense and the National Interest takes note of this and warns:

The urgency of the cyber threat and the extent to which readily available technology is being used against us to heinous effect presents serious challenges to the nation and to our community. Not to mention, the difficulties we face in countering these tactics by providing useful information quickly and down to the lowest levels of the chain of command.

In his column this morning David Ignatius warns of the possibility of a Mumbai-like attack being mounted on one of our cities:

What would happen if roving gunmen infiltrated U.S. cities and started shooting? Most U.S. police departments aren’t well prepared to deal with such “active shooters,” as they’re called. Police are trained to cordon off an area that’s under attack and then call in a paramilitary SWAT team to root out the gunmen. But what if the attackers keep moving and shooting? The response can be haphazard, as was clear in such disparate incidents as the 2002 Beltway sniper attacks in the Washington area and last year’s massacre at Virginia Tech.

“Mumbai is a worst-case ‘active shooter’ problem,” says a former CIA officer who helped organize a DHS pilot program on the subject last summer for police chiefs. “It had multiple shooters, multiple locations, mobile threats, willingness to fight the first responders and follow-on SWAT/commando units, well-equipped and well-trained operatives, and a willingness to die. Police department commanders in America should be scratching their heads and praying.”

What, if anything, should we be doing to foreclose such attacks? Are we doing enough? Too little? Too much?

I’d appreciate your thoughts and suggestions in the comments. I’ve put a few more thoughts of my own over at The Glittering Eye. 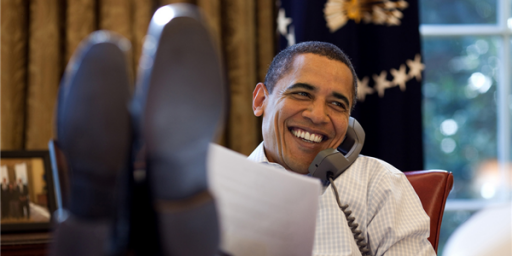