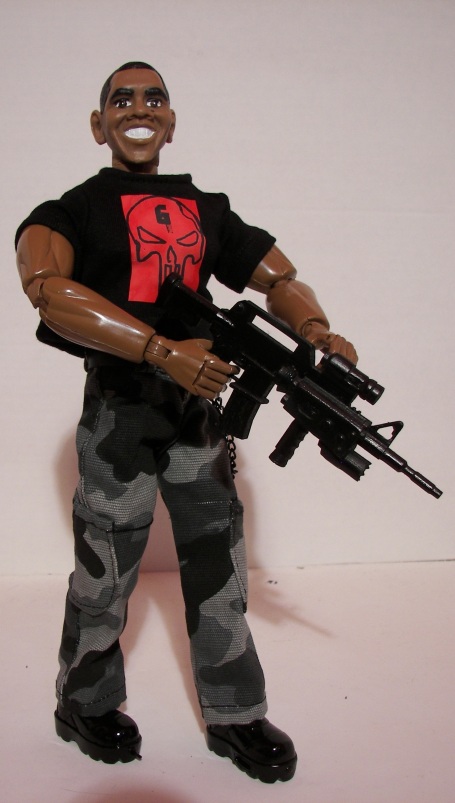 Okay, this is just silly:

After the excitement of hearing that President Obama orchestrated the strike and kill against Osama bin Laden, it didn’t take long to put out an action figure of the Commander in Chief.

Oxford, Conn.-based toymaker Herobuilders, who last brought you action figures of the Old Spice Guy, Dos Equis Beer’s “The Most Interesting Man in the World” and Allstate Insurance’s “Mayhem,” have created a super-bad SEAL Team Six replica of the 44th President in full urban fatigue gear, wearing a “Punisher” t-shirt with the numeral 6 printed on it, and carrying a military issue M4A1 rifle.

Emil Vicale, Herobuilders’ president, said the idea sprang up just moments after Obama announced that bin Laden had been killed.

“What’s so odd,” he told NewsFeed,”is that we made an action figure of him before he even became president, after he gave his speech in Chicago (at the 2004 Democratic National Convention). It never resonated with the public, so we think this is the one.”

Get yours before they run out. 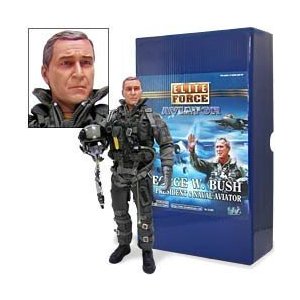 Who’s the World’s Most Dangerous Terrorist?