Remember all those suddenly accelerating Toyotas ? Now, we're learning the rest of the story. 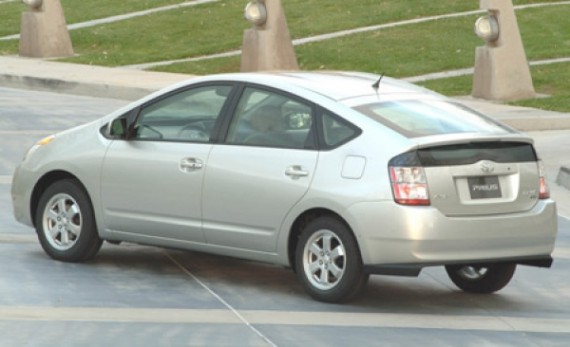 According to a newly released independent report, the sudden acceleration problems that Toyota vehicles were supposedly experiencing earlier this year may have been caused by driver error after all:

The U.S. Department of Transportation has analyzed dozens of data recorders from Toyota Motor Corp. vehicles involved in accidents blamed on sudden acceleration and found that at the time of the crashes, throttles were wide open and the brakes were not engaged, people familiar with the findings said.

The results suggest that some drivers who said their Toyota and Lexus vehicles surged out of control were mistakenly flooring the accelerator when they intended to jam on the brakes. But the findings don’t exonerate Toyota from two known issues blamed for sudden acceleration in its vehicles: sticky accelerator pedals and floor mats that can trap accelerator pedals to the floor.

The findings by the National Highway Traffic Safety Administration involve a sample of reports in which a driver of a Toyota vehicle said the brakes were depressed but failed to stop the car from accelerating and ultimately crashing.

The data recorders analyzed by NHTSA were selected by the agency, not Toyota, based on complaints the drivers had filed with the government.

The findings are consistent with a 1989 government-sponsored study that blamed similar driver mistakes for a rash of sudden-acceleration reports involving Audi 5000 sedans.

The Toyota findings, which haven’t been released by NHTSA, support Toyota’s position that sudden-acceleration reports involving its vehicles weren’t caused by electronic glitches in computer-controlled throttle systems, as some safety advocates and plaintiffs’ attorneys have alleged. More than 100 people have sued the auto maker claiming crashes were the result of faulty electronics.

While this doesn’t totally exonerate Toyota from responsibility for a defect, it does indicate that driver error played a bigger role in this problem than the media was leading people to believe, despite the fact that there was clear evidence that it was playing a role:

Federal investigators’ first report on a runaway Toyota Prius in Westchester seems to put blame for the near-tragic accident squarely on the driver.

“Information retrieved from the vehicle’s onboard computer systems indicated there was no application of the brakes and the throttle was fully open,” the National Highway Transportation Safety Administration said in a statement today regarding the accident.

There is also evidence that the other well-known Prius acceleration case, which resulted in a high-speech chase on a California highway, may have been a hoax and that an ABC News report claiming to replicate a Camry’s “unintended” acceleration was also a hoax.

The lesson ? For one thing, perception is not necessarily reality. The fact that drivers thought their cars were accelerating through no action of that they took, doesn’t mean that they didn’t in fact, mistakenly, hit the gas instead of the brake and, most importantly, not everything the media tells you may be true.