Ukraine, NATO, and the EU

The West owes Ukraine nothing. 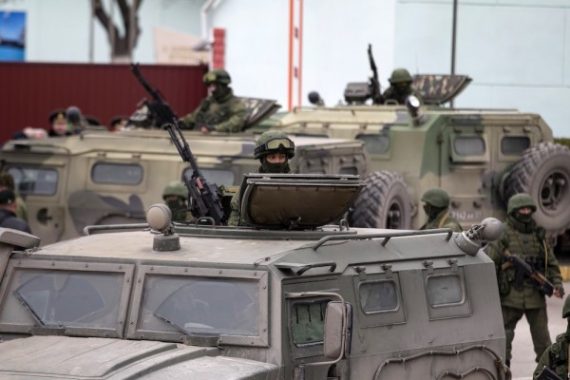 Anatol Lieven argues persuasively that, “We’re now witnessing the consequences of how grossly both Russia and the West have overplayed their hands in Ukraine.” This portion of the essay provides a useful backgrounder:

During George W. Bush’s second term as president, the U.S., Britain, and other NATO countries made a morally criminal attempt to force this choice by the offer of a NATO Membership Action Plan for Ukraine (despite the fact that repeated opinion polls had shown around two-thirds of Ukrainians opposed to NATO membership). French and German opposition delayed this ill-advised gambit, and after August 2008, it was quietly abandoned. The Georgian-Russian war in that month had made clear both the extreme dangers of further NATO expansion, and that the United States would not in fact fight to defend its allies in the former Soviet Union.

In the two decades after the collapse of the USSR, it should have become obvious that neither West nor Russia had reliable allies in Ukraine. As the demonstrations in Kiev have amply demonstrated, the “pro-Western” camp in Ukraine contains many ultra-nationalists and even neo-fascists who detest Western democracy and modern Western culture. As for Russia’s allies from the former Soviet establishment, they have extracted as much financial aid from Russia as possible, diverted most of it into their own pockets, and done as little for Russia in return as they possibly could.

Over the past year, both Russia and the European Union tried to force Ukraine to make a clear choice between them—and the entirely predictable result has been to tear the country apart. Russia attempted to draw Ukraine into the Eurasian Customs Union by offering a massive financial bailout and heavily subsidized gas supplies. The European Union then tried to block this by offering an association agreement, though (initially) with no major financial aid attached. Neither Russia nor the EU made any serious effort to talk to each other about whether a compromise might be reached that would allow Ukraine somehow to combine the two agreements, to avoid having to choose sides.

President Viktor Yanukovych’s rejection of the EU offer led to an uprising in Kiev and the western and central parts of Ukraine, and to his own flight from Kiev, together with many of his supporters in the Ukrainian parliament. This marks a very serious geopolitical defeat for Russia. It is now obvious that Ukraine as a whole cannot be brought into the Eurasian Union, reducing that union to a shadow of what the Putin administration hoped. And though Russia continues officially to recognize him, President Yanukovych can only be restored to power in Kiev if Moscow is prepared to launch a full-scale invasion of Ukraine and seize its capital by force.

But Lieven’s conclusion is a mixed bag:

For now, the overwhelming need is to prevent war. War in Ukraine would be an economic, political, and cultural catastrophe for Russia. In many ways, the country would never recover, but Russia would win the war itself. As it proved in August 2008, if Russia sees its vital interests in the former USSR as under attack, Russia will fight. NATO will not. War in Ukraine would therefore also be a shattering blow to the prestige of NATO and the European Union from which these organizations might never recover either.

A century ago, two groups of countries whose real common interests vastly outweighed their differences allowed themselves to be drawn into a European war in which more than 10 million of their people died and every country suffered irreparable losses. In the name of those dead, every sane and responsible citizen in the West, Russia, and Ukraine itself should now urge caution and restraint on the part of their respective leaders.

Now, I concur in Lieven’s bottom line view that major war in Ukraine would be a disaster and should therefore be avoided. It’s not at all clear to me that a unified Ukraine is particularly desirable, much less fighting for. As Dave Schuler note over the weekend (see “The Ukraine Crisis in Three Maps” and “More Ukrainian Maps“) how to split Ukraine is by no means obvious. But Lieven hardly overstates the situation when he declares “If there is one absolutely undeniable fact about Ukraine, which screams from every election and every opinion poll since its independence two decades ago, it is that the country’s population is deeply divided between pro-Russian and pro-Western sentiments.”

But Lieven’s contention that failure to fight a war that Lieven describes as catastrophic would somehow be the death knell to NATO and the EU is a head scratcher. First, avoiding disasters would seem an unalloyed good. Second, aside from some counter-piracy operations, the EU has no history of operating as a military entity. Third, Ukraine rejected entreaties to join both NATO and the EU; in what universe are NATO and the EU nonetheless obligated to go to war to defend Ukraine? 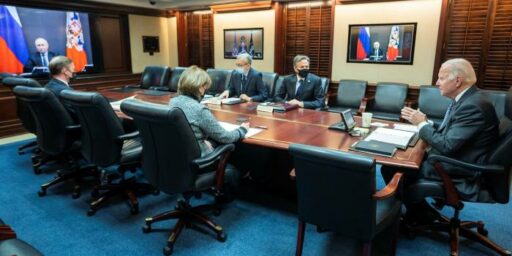