To his credit, Dean Chambers has published a column that flatly states that he was wrong and in which he congratulates (although still does not apologize to) Nate Silver.

This quote struck me, however, for a couple of reasons:

UnSkewedPolls.com is just one web site and one project I did, and depending on your point of view it was proven wrong, it has run its course or it will fade away. It is merely a web site and only part of what I do and will do. There will be other web sites, and the more important web sites I work with will remain in place.

First:  “depending on your point over view it was proven wrong”?

Second:  while he is certainly right that the site is toast, I think he is downplaying the whole situation.  It is clear that he was poised to be crowned a right wing pundit demigod had he been right.  He was getting attention from people like Rush Limbaugh (and didn’t the site lead to the Examiner gig?).  I think he is radically underplaying where he thought he was going and where he now is. 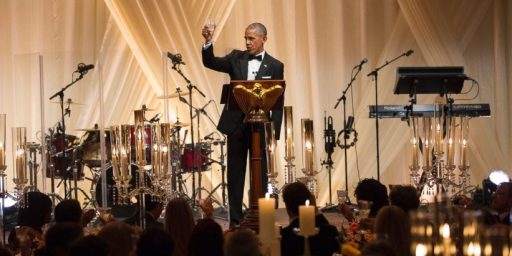