A man dressed like a goat is living among the mountain goats of northern Utah.

A man spotted dressed in a goat suit among a herd of wild goats in the mountains of northern Utah has wildlife officials worried he could be in danger as hunting season approaches. 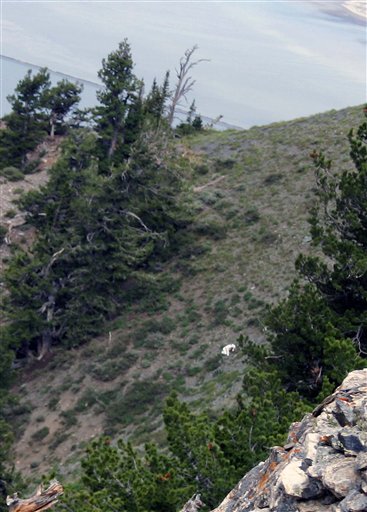 Phil Douglass of the Utah Division of Wildlife Resources said Friday the person is doing nothing illegal, but he worries the so-called “goat man” is unaware of the dangers.

“My very first concern is the person doesn’t understand the risks,” Douglass said. “Who’s to say what could happen.”

Douglass said a man hiking Sunday along Ben Lomond peak in the mountains above Ogden, about 40 miles north of Salt Lake City, spotted the person dressed like a goat among a herd of real goats. The person provided some blurry photographs to Douglass, who said they did not appear to have been altered.

Wildlife officials now just want to talk to the man so that he is aware of the dangers. There’s no telling what his intentions are, Douglass said, but it is believed he could just be an extreme wildlife enthusiast.

“People do some pretty out there things in the name of enjoying wildlife. But I’ve never had a report like this,” Douglass said. “There’s a saying we have among biologists — You don’t go far enough, you don’t get the data. You go too far, you don’t go home. The same is true with some wildlife enthusiasts.”

The man, who remains unidentified, was spotted by photographer Coty Creighton on July 15 during a hike on Ben Lomond peak just north of Ogden in northern Utah.

Creighton told the AP he saw the man through a set of binoculars trailing behind a herd of goats on his hands and knees. When the man noticed he had been spotted, “he just stopped in his tracks and froze,” Creighton told the AP. That’s when Creighton began taking photos. The man then sat on a hill for several minutes. He got back down on his hands and knees and hurried to catch with the rest of the herd.

While officials said what the man is doing is not illegal, they’re concerned as the hunting season approaches that he could be mistaken for a goat or attacked by a live goat.

Had the man been dressed as a different animal, I would naturally have trotted out the late Lewis Grizzard’s quip that the Clemson agriculture school had recently discovered a new use for sheep: wool. As it is, I got nothing.

This Douglass guy, however, is a real talent. Managing to work “enjoying wildlife,” “wildlife enthusiast,” and “You go too far, you don’t go home” into his quotes for the AP is sheer comic genius. I’d say he’s stretching things a bit, though, with “You don’t go far enough, you don’t get the data.” 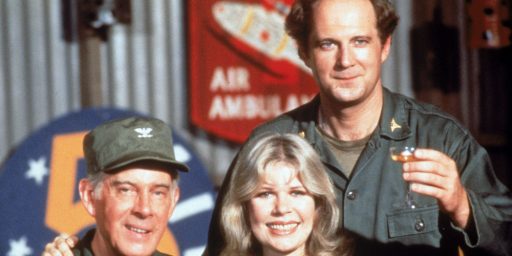