The infamous VA backlog is finally dwindling. Much of it was a function of good intentions. 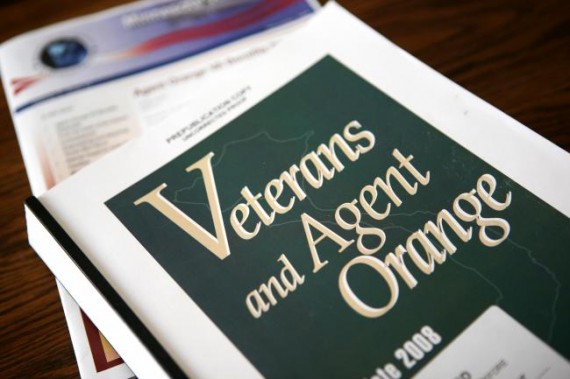 The infamous VA backlog is finally dwindling. Much of it was a function of good intentions.

Brandon Friedman explains in “The Rise (and Fall) of the VA Backlog” [TIME]:

Last week, the total number of claims in the inventory fell to slightly more than 830,000—the lowest number since October 2011. Since late March, the backlog of claims has been on an eight-week slide as well. Last week, it too reached its lowest point since January 2012—nearly 17 months ago. The downward slope is now steeper than at any time during the Obama administration.

1. The backlog initially expanded as a result of VA raising its own standards.

On the January afternoon Eric Shinseki took over as the nation’s seventh VA secretary, he inherited a mess.

To his immediate front, the former Army chief of staff faced a paper mountain of 391,127 separate disability claims—filed by veterans from every conflict since World War II. Nearly a quarter of the claims (more than 85,000) had been languishing in the system for more than six months.

The gravity of this situation in early 2009—with one war ending and another still raging—was not lost on the new boss. Compounding his problem, however, was the fact that he had little to work with in terms of a technological solution. VA was paper-bound, its IT system antiquated—and it had been this way for years.

Unfortunately, the only way to fix the system was to allow it to get worse—for very specific reasons—before it would get better.

Therefore, the first sharp upward turn for the backlog during this period took place on October 1, 2009 when VA officially defined what “backlog” meant. Prior to that date, VA had categorized disability claims as being in the system for more or less than 180 days.

One of Shinseki’s first acts in addressing the backlog, then, was to recognize that 180 days was neither useful as a measurement, nor fair to veterans: VA had to turn around claims faster—and the department had to hold itself to a higher standard.

Therefore, the new standard for deciding a disability claim became 125 days. This administrative redefinition was good news for veterans. Essentially it was an acknowledgement by Shinseki that VA’s past performance wasn’t good enough—and it was a commitment to cut processing time, eventually, by nearly a third.

The bad news for VA—at least from a PR standpoint—was that it immediately added 62,000 claims to what then became known as the “backlog.” The 85,000 or so claims in the backlog pile nearby doubled to 150,000 overnight, putting it well into six figures for the first time.

2. Expanding eligibility for veterans affected by PTSD and Agent Orange more than doubled the claims backlog.

As if the paper weren’t problem enough, Shinseki and his staff soon learned that thousands of Vietnam War veterans—many with whom he likely served—had been barred from claiming disability benefits for conditions related to their exposure to the toxic defoliant Agent Orange.

He also learned that when a veteran claimed post-traumatic stress related to time in combat, the veteran was obligated to prove that a specific stressor—an event at a certain time and place—had caused the condition. But because many returning veterans weren’t able to prove a specific instance had caused their sleepless nights, irritability, and hyper-vigilance, they were being denied disability benefits.

Shinseki was troubled by both of these. He viewed them as unfair and unjust. So he took action in late 2009, announcing expanded eligibility for those affected by both combat PTSD and Agent Orange.

I didn’t know either of these things.