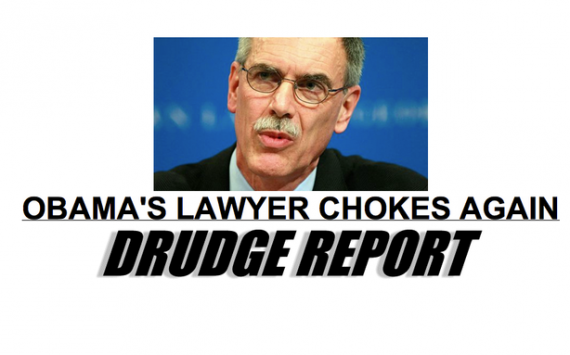 In the wake of March’s oral arguments on the PPACA cases, Solicitor General Donald Verrilli received a lot of condemnation, mostly from the left, for what many perceived to be a sub-par performance before the High Court. Yesterday, he received some vindication:

WASHINGTON — The first call President Obama made after learning that the Supreme Court had upheld his health care law on Thursday was to thank his solicitor general, Donald B. Verrilli Jr., who had been much maligned for his at-times rocky performance during oral arguments in March.

It was sweet vindication. Mr. Verrilli, described as humble but intensely competitive, has told friends that the entire year, packed with high-stakes cases on issues like health care and immigration, was so stressful that he had gone through every stage of anxiety and had arrived at a state of peaceful resignation. He was “an island of calm in a sea of frenzy,” said Robert N. Weiner, a former colleague.

But as it became clear that the chief justice was joining the court’s liberal bloc in upholding the mandate as a tax — and that Mr. Verrilli had won one of the biggest cases in decades — his eyes began to well.

After the court session ended, Mr. Verrilli joined other government lawyers in a small room in the Supreme Court building. He was met with loud cheers and applause, which he quickly shushed. It had not been a total triumph — the court rejected part of the government’s argument on state Medicaid financing. And, he said, it is not about me; it was a team effort.

Yes, the defense of the president’s most important domestic policy initiative was the work of a team. But Mr. Verrilli, the government’s top lawyer, was its coach and the man who had taken bushels of abuse for supposedly botching the oral argument and endangering the law. The questioning from the justices in March had been brutal, even by the combative standards of the court. He was cut off 180 times during the three days of arguments, interrupted after speaking for 10 seconds or less more than 40 percent of the time, according to a study by a litigation consultant and a graduate student.

Mr. Verrilli stumbled early in the crucial second day of arguments, getting a frog in his throat that repeated sips of water could not clear. He managed to answer the justices’ questions, at one point asking to return to the tax argument that ultimately proved the ground for upholding the mandate. Mr. Verrilli believed that his argument that the penalty for not obtaining health insurance was a tax and not a forced purchase, even though it was a secondary point in his defense, could be the lure to bring along Justice Anthony M. Kennedy and perhaps Chief Justice Roberts as the narrowest way that the conservative justices could uphold the law.

Afterward, legal commentators heaped scorn on him, declaring his performance a “train wreck” and a “flameout,” and he was lampooned by Jon Stewart.

Jeffrey Toobin, a CNN legal commentator, who issued some of the harshest criticism of Mr. Verrilli, apologized on the air Thursday after the decision was handed down. “This is a day for Don Verrilli to take an enormous amount of credit, and for me to eat a bit of crow, because he won, and everyone should know that that argument was a winning argument, whatever you thought of it,” Mr. Toobin said.

Mr. Verrilli and other Justice Department lawyers knew that he had not delivered his best performance as solicitor general, and that the case was hanging by a thread, although they maintained confidence in their reading of the law.

I think it’s safe to say that there isn’t a lawyer in America who hasn’t had at least one bad day in Court, but to have it happen before the nation’s highest court in the most important case on the power of the government in decades must have just been nerve wracking for Verrilli. Whether I agree with the position he was arguing or not, I can certainly sympathize with the guy because we’ve all been there on one day or another. Thankfully, Verrilli seems to have kept a sense of humor through the whole thing, if this excerpt from a speech to graduates of Columbia Law School are any indication:

“There will be times when things just break badly for you,” he said. “You won’t always live up to the expectations you have for yourself and that others have for you. It happens to all of us. And when it happens it can be tough, believe me.”

Then he departed from his prepared remarks.

“Let me just say on that point that people who say there’s no such thing as bad publicity have no idea what they’re talking about,” he said. “There is definitely bad publicity. Being on the wrong end of a Jon Stewart monologue is bad publicity.”

After yesterday, I think Verrilli will be just fine with that monologue.
FILED UNDER: Law and the Courts, US Politics, CNN, Commerce Clause, Jon Stewart, Justice Department, Medicaid, monologue