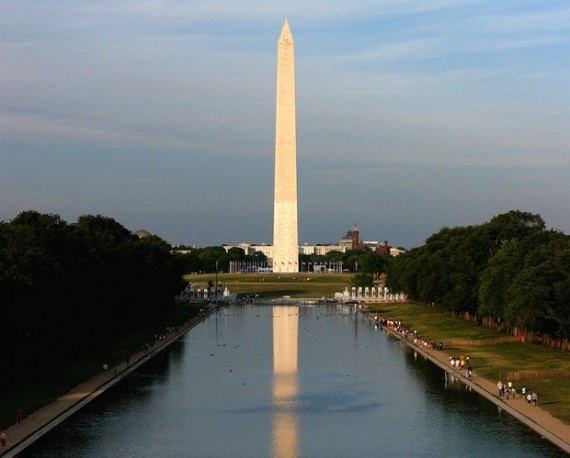 If you’re visiting Washington, D.C. anytime soon, don’t plan on getting to go up to the top of the Washington Monument:

Billionaire philanthropist David Rubenstein has agreed to fund an overhaul of the Washington Monument’s broken elevator system, but the beleaguered landmark will probably remain closed for the next 2 1/2  years, the National Park Service says.

It is the second time that Rubenstein has come to the aid of the monument, which has been shuttered since Aug. 17 because of chronic elevator problems.

After the 2011 earthquake, he donated $7.5 million of the $15 million cost to repair damage to the marble-and-granite obelisk.

But there is no start date for the roughly 12-month elevator project, which will cost $2 million to $3 million, because the Park Service is awaiting funds for a new security screening entrance that it wants to build at the same time.

And even if those funds come through, the Park Service does not see the monument reopening until the “cherry blossom season in 2019,” a spokesman, Mike Litterst, said in an email.

“It does seem like it’s a long period of time,” said Will Shafroth, president of the National Park Foundation, the charitable partner that is facilitating Rubenstein’s donation. “Just know that the Park Service is moving as fast as it can.”

“As frustrating as it can be, they’re a federal agency,” he said. “We’re talking about one of our national monuments . . . A lot of people have a say in it, and it tends to grind the process a little bit slower than we’d like.”

The centerpiece of the Mall, the monument had just reopened two years ago, following an almost three-year shutdown after the earthquake.

Normally entered by about 600,000 visitors a year, the 555-foot icon is a hallowed symbol of the United States and of Washington.

“It’s the first thing people see when they come to the city,” said Sean Kennealy, chief of the professional services division for the National Mall and Memorial Parks.

The elevator problems came just as the Park Service was about to launch an 18-month, $9 million project to build the permanent security screening facility. The present facility is temporary.

That project, which also would require closing the monument, is awaiting government funding, Vietzke said. The Park Service wants to proceed with the two projects simultaneously, so it can save money and avoid one shutdown, followed by another one.

“We want to try to do all the construction at the same time to minimize the period that we’re closed to the public,” she said.

“There’s a scenario where we could do the elevator, and then have the money for the [security] building come, and have to do that, and it would be a much longer closure period,” she said.

But it is unclear when the funding request, now before Congress, might be okayed.

D.C. Delegate Eleanor Holmes Norton (D) said in a statement that she would work “to help secure the funding . . . so that the dual projects can take place at the same time . . . [and get] the monument to reopen as soon as possible.”

The Park Service said the new facility will feature ballistic glass and screening equipment and will be able to handle 20 to 25 visitors at a time.

Kennealy said the monument may have the most heavily used elevator in Washington.

“Our elevator runs, during the summer months . . . 13 hours a day, nonstop,” he said. “It doesn’t rest . . . This thing is running constantly, the motor, the gears, the control system, the doors.”

The monument has had an elevator since it opened. The first was steam-powered and took 12 minutes to reach the top. The trip now takes 70 seconds.

Somewhere in all of this is a pretty apt statement about the state of American politics. 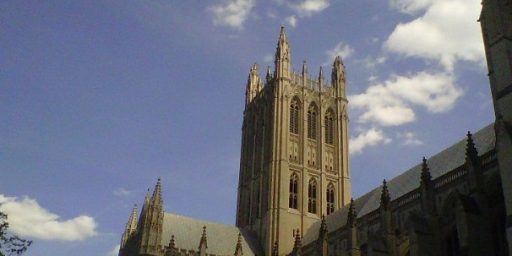