The Washington Wizards have gone back to the future with new uniforms that look remarkably like the old Washington Bullets unis.

The Washington Wizards have gone back to the future with new uniforms that look remarkably like the old Washington Bullets unis. 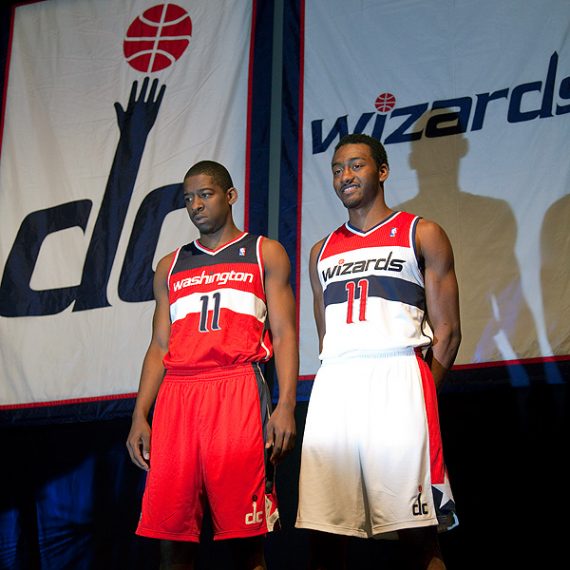 Red, white and blue. Horizontal stripes. Elvin Hayes in the house. No sign anywhere of the misshaped magician with the bizarre beard.

The NBA team unveiled its new red, white and blue color scheme and uniforms Tuesday, a blast from the past that was overwhelmingly welcomed as long overdue. The modern colors worn since the team changed its name in 1997 always seemed a bit out of place in the nation’s capital.

“When I looked at the Wizards when they played in the teal, I did not really recognize them as part of the Bullet organization,” said Hayes, the Hall of Fame forward whose No. 11 is retired in the rafters. “It was like another team had began to represent them because they changed their name and they changed their colors and I think it was so drastic. As a player who played here, when I watched it on television, I think you had a disconnect. I think that all of a sudden, it’s a great reconnect.”

The makeover was spurred by Ted Leonsis, who took over the franchise after the death of longtime owner Abe Pollin in November 2009. Fans and former players bent Leonsis’ ear and inundated his inbox, telling him they preferred the old look of the team. Plus, he had already gone through this routine once, having changed his NHL’s Capitals back to red, white and blue a few years ago, also to positive reviews.

“It’s just part of a set of overall things that we’re trying to accomplish,” Leonsis said. “I’m not naive enough to think that changing the colors [by itself] will improve anything, but I saw the power of the change and newness with the Capitals.”

Leonsis said it was intentional that the new designs and logos make no reference to the theme of Wizards other than the actual name written across the home jersey. The next step, it would seem, would be to go ahead and change the nickname back to Bullets.

Leonsis has looked into a name change and didn’t rule it out, but he described it as a laborious process that can take up to three years because of intricate intellectual property issues.

“This is what we’ve done. It took a year to do,” Leonsis said. “We can’t change the name — changing the name changes the IP. That’s a really, really big process. I think this was a very dramatic pivot for the franchise.”

Of course, new uniforms are also a way to make quick money. The master of ceremonies at the televised news conference wasted no time telling fans how they can purchase the new digs. The team even encouraged fans to turn in their old uniforms to be donated to charity, while receiving a discount on the new stuff.

There’s been a general trend in sports uniforms to go retro, with dozens of teams going back to looks from decades earlier. It’s almost always a good thing, as it is in this case. Why, the Washington Redskins more-or-less brought back their traditional gold pants last season, although in a mustard yellow variant. 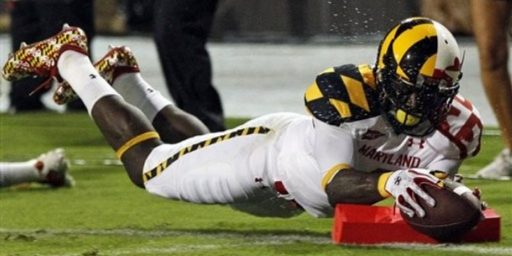