Way Too Excited About Coffee With Pumpkin Syrup in It

So, apparently there's a shortage of the goop that turns coffee into a $4 pumpkin-flavored milkshake. And grown ass men are upset about it. 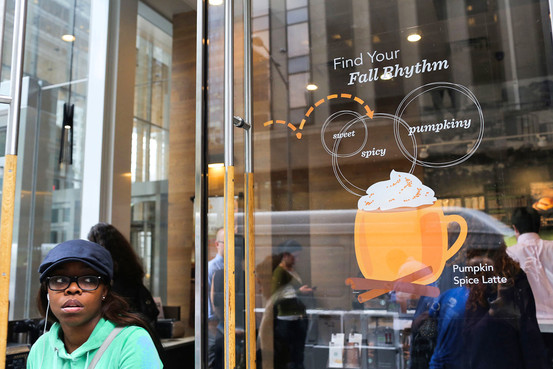 So, apparently there’s a shortage of the goop that turns coffee into a $4 pumpkin-flavored milkshake. And grown ass men are upset about it.

For Asher Anidjar, the arrival of fall isn’t marked by turning leaves or a chilly breeze, but a steaming seasonal drink. Recently, though, when he headed to his local Starbucks for a Pumpkin Spice Latte, he left with a bitter taste in his mouth. They were out of the special sauce that gives the treat its distinctive autumnal flavor.

The drink crops up on the Starbucks menu annually for a limited time, and this year there has been an unusual run on the pumpkin batch. Thanks in part to a frothy dose of buzz brewed up by the Seattle-based coffee giant before the beverage’s Sept. 4 debut, the craze has drained supplies at stores across the country.

Baristas are hitting the street, searching for stashes of the flavored sauce at other stores. Customers denied their fix—which costs about $4 for a small cup, or “tall” in Starbucks speak—are tweeting about their dismay.

“My world almost ended this morning when the local Starbucks told me they were out of Pumpkin Spice Latte,” tweeted Jason Sizemore, 38 years old, of Lexington, Ky.

Cynthia Smalls, a barista at a midtown Manhattan Starbucks, said steamed customers have grown emotional on days her location runs out of pumpkin sauce. “They go crazy. The day we first found out we had a shortage, forget it,” she said.

Her own surprised reaction: “You guys do know it’s just a drink, right?” she said.