“We’re The Only Plane In The Sky” 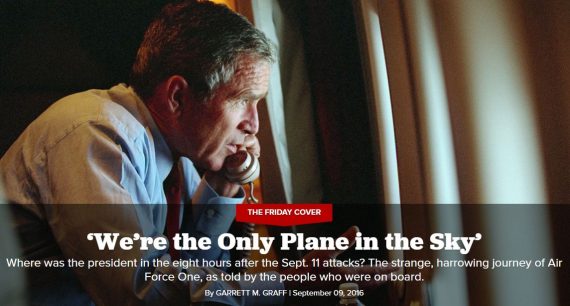 As we approach the fifteenth anniversary of the September 11th attacks on Sunday, Politico is up with a fascinating first-person account of the attack from the point of view of White House aides, military officers, and members of the traveling press corps who were with President Bush the day everything changed. It follows the story from the early morning hours of September 11th in Florida right up until the President’s return to Washington that evening to address the nation from the Oval Office. It’s far too long and detailed to excerpt, so I’ll just recommend you read it because it tells a part of the story of that day that we’ve never really heard before.

Edward Snowden: I Was More Than Just A ‘Data Analyst’