Will You Be Raptured?

As you are no doubt already aware, a Christian preacher based in San Diego is predicting that the world will end at 6pm on Saturday, May 21st (not sure how he got the timing down so precise, but there you have it). As a public service, here’s a handy flowchart to help you determine if you’ll be among the saved or the damned: 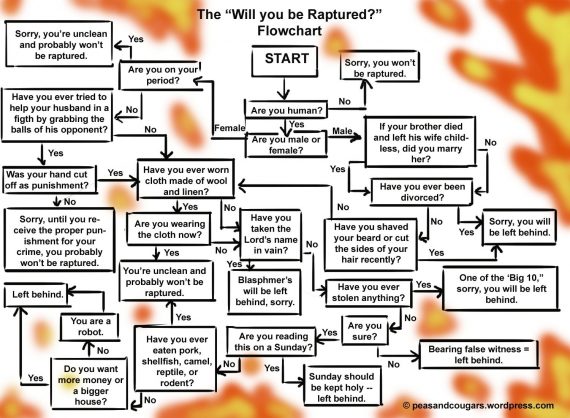