World Safer But More Dangerous Than Ever

Robert Kagan warns of "a changing world order." But he's grasping at rather thin straws. 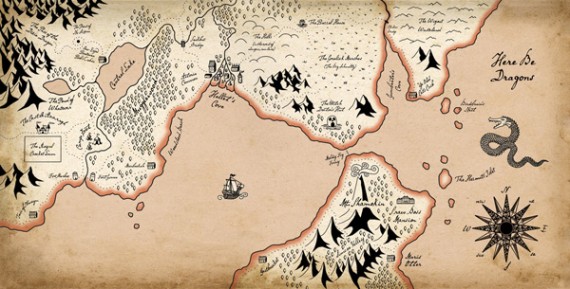 Robert Kagan warns of “a changing world order.” But he’s grasping at rather thin straws.

He starts by acknowledging a reality that’s pretty sweet from an American perspective:

By most measures, reports of America’s declining power, relative to the rest of the world, have again proved premature. The U.S. economy increasingly seems to be on an upswing. The United States remains among the world’s safest and most attractive investments. The shale gas revolution is transforming America into an energy giant of the future. The dollar, once slated for oblivion, seems destined to remain the world’s reserve currency for some time to come. American military power, even amid current budget cuts, remains unmatched in quantity and quality.

Meanwhile, the “rise of the rest,” which Fareed Zakaria and other declinists touted a few years ago, has failed to materialize as expected. For all of America’s problems at home — the fiscal crisis, political gridlock, intense partisanship and weak presidential leadership — other great powers, from China to India to Russia to the European Union, have debilitating problems of their own that, in some cases, promise to grow more severe.

Overall, the much-heralded return of a multipolar world of roughly equal great powers, akin to that which existed before World War II, has been delayed for at least a few more decades. Absent some unexpected dramatic change, the international system will continue to be that of one superpower and several great powers, or as the late Samuel P. Huntington called it, “uni-multipolarity.”

So, what’s the problem?

If, however, by the normal measures of relative power things have not changed as much as some predicted, the international order certainly has entered a period of uncertainty and flux. In the United States in recent years, a great many Americans are questioning the nature and extent of their nation’s involvement in the world. It is not just the Great Recession or even unhappiness with the U.S. experiences in Iraq and Afghanistan that are driving disenchantment with what Americans used to like to call their global leadership. The old rationale for that deep global involvement, which took hold in the wake of World War II and persisted through the Cold War, is increasingly forgotten or actively rejected by Americans who wonder why the United States needs to play such an outsize role on the world stage.

But this is neither new nor significant. During the entirety of the post-Cold War period, many prominent voices have been calling for a more inward-focused America and for eschewing a role as the world’s policemen. They’ve been roundly ignored, as one president after another deploys US forces into entirely optional conflicts.

President Obama’s foreign policies have both reflected and encouraged this desire for contraction and retrenchment. In fairness, explaining to Americans why the United States should continue to play the role of “indispensable” power is more complicated than it was during World War II, the Cold War or immediately after 9/11. With Nazis and Soviets around to keep things simple, very few American presidents ever needed, or bothered, to make the larger and more fundamental case that must be made now — that America’s task since 1945 has been to foster and defend a liberal world order and stave off international anarchy, not just to pounce on the latest threat and go home. The president himself may not understand this.

But “during World War II, the Cold War or immediately after 9/11” describes almost the entirety of the past 72 years. And Obama ordered a surge in Afghanistan, a completely optional intervention in Libya, a massive escalation of the drone war, and took us to the brink of intervention in Syria. So, what exactly is new?

At the same time, others around the world are wrestling with their own questions. How should international affairs be governed and regulated? What should be the roles of multilateral institutions such as the United Nations? How should the great powers relate to one another, and what special role, if any, should the United States play? These questions have no easy answers. Around the world there is great ambivalence about the United States. Some wish to see its influence fade; others want to see the United States more engaged; still others seemingly express both desires simultaneously. But whatever one thinks about the world order shaped by and around the American superpower, it is arguably less clear than ever what kind of system might replace it.

And if not the United States, then who? For many, the United Nations does not hold the promise it once did. Saudi Arabia’s recent refusal to accept a seat on the U.N. Security Council is only one sign of the disappointment in that body, which many see as hopelessly gridlocked and unreflective of today’s world, at least in terms of its veto-wielding members. Institutions such as the European Union, which even a decade ago seemed to offer a path to a new and different kind of world order, are struggling to maintain themselves, while newer efforts to build similar institutions in Asia founder on great-power competitions and jealousies. Any hope of a great-power consortium, a global 21st-century version of the Concert of Europe, seems distant — even if such a thing were desirable.

This is nothing more than hand wringing. “Others” have been “wrestling” with these issues for the entirety of the postwar period. There is zero chance that the United Nations, International Monetary Fund, World Bank, World Trade Organization, or any other major international institution is going to either go away or reorganize in such a way as to diminish American power. Zero.

I had already forgotten that the Saudis refused a Security Council seat after years of lobbying for one. Why? Because the non-permanent members of the Security Council are background noise. The permanent members have remained the same since its inception in 1944 (unless one counts the shifts in the China seat between two Chinas or the Soviets giving way to the Russians) and, while there’s been talk about changing them as long as I can remember, the logistics of change make it impossible.

Like the heralding of “American decline,” warnings about “the coming global disorder” have often proved premature.

But with Americans and others rethinking the U.S. role in the world, and with no other nation, group of nations or international institutions willing or able to take its place, global disorder seems a more distinct possibility than it has since the 1930s.

But what does that mean? Global disorder has seemed completely unlikely since the end of WWII. It still seems pretty damned unlikely, no?

Perhaps the challenge is to fashion an international order that can reflect the continuing reality of “uni-multipolarity” but that somehow accommodates both global wariness of U.S. power and Americans’ wariness of their global role.

But the present system does exactly that. Even in the unlikely event that the United States somehow decides to take a break from involving itself in others’ civil wars . . . so what? Aside from the humanitarian tragedy, how exactly is world order threatened by the Syrian civil war or unrest in Africa?

History does not offer much reason for optimism. The world order rarely changes by means of smooth transitions. Usually, such change is a result of catalytic upheaval.

But “history” has involved the great powers.  Aside from a rising China and a falling Russia exerting themselves in their own backyards, where’s the push for change, let alone “catalytic upheaval”?