Yet Another Virginia Politician Caught In Blackface Scandal

The Virginia political dumpster fire has brought in a Republican this time. 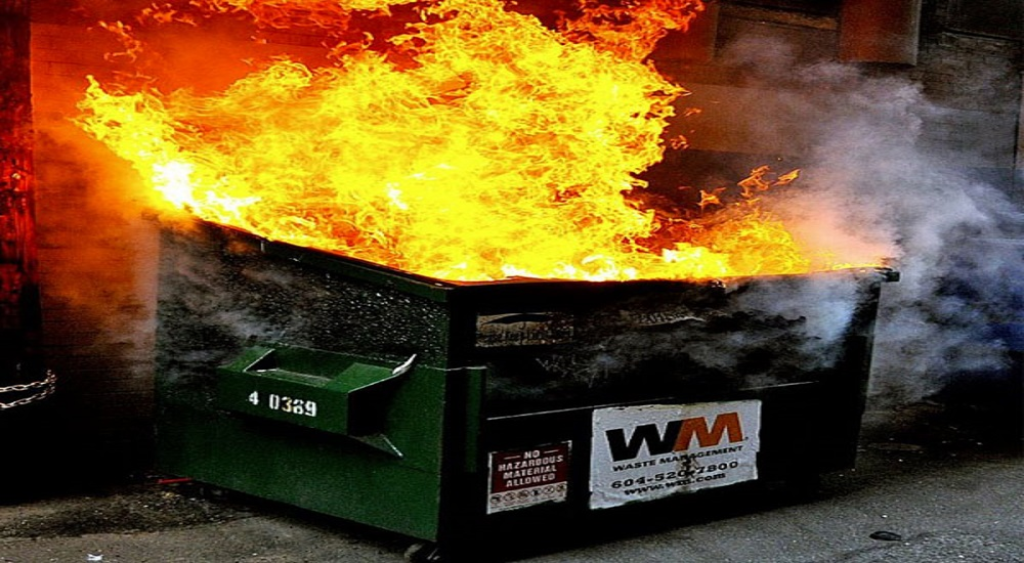 The Virginia political dumpster fire became a bipartisan affair this afternoon when Tommy Norment, the future Republican Majority Leader in the State Senate disclosed that he was the editor of a yearbook at Virginia Military Institute in 1968 that includes many photos of men in blackface:

The revelation about one of Virginia’s most powerful Republicans comes as the state’s Democratic governor and attorney general are facing calls to resign over their own admissions they wore blackface as young men.

Norment, R-James City County, was managing editor of The Bomb publication that year. He went to VMI in Lexington after graduating from James Blair High School in Williamsburg and has been a state senator since 1992.

On one page of the yearbook, a student poses in blackface, surrounded by others in costumes at a party. Another page features a photo of two men in blackface holding a football.

The N-word is used at least once. A student listed as being from Bangkok, Thailand, is referred to as a “Chink” and “Jap.”

A blurb under one man’s picture says: “He was known as the ‘Barracks Jew’ having his fingers in the finances of the entire Corps.”

The Bomb has been published continuously since 1897. The first black students were allowed to enroll at the institute in the fall of 1968.

When a reporter asked Norment to talk about the yearbook Thursday, the majority leader said, “The only thing I’m talking about today is the budget.”

“I’m here to pass a budget today,” he added when pressed as he headed into a Republican Caucus meeting in late morning.

Hours later, he said in a statement issued by a spokesman: “The use of blackface is abhorrent in our society and I emphatically condemn it. As one of seven working on a 359-page yearbook, I cannot endorse or associate myself with every photo, entry, or word on each page. However, I am not in any of the photos referenced on pages 82 or 122, nor did I take any of the photos in question.

“As my comment on Page 236 notes, I supported the integration of VMI. And in 1997, I led the effort to have my alma mater include women for the first time.”

“It has been the objective of this year’s Bomb staff to concentrate on the VMI as it exists in actuality, not in theory,” Norment wrote in the yearbook on a page for its editors. “There is an ever-broadening chasm between the two positions. With the completion of this editorial and the 1968 Bomb, I regretfully leave behind the theme ‘Honor Above Self’ and the loyalty of a few selected Brother Rats. Work on the Bomb has permitted me to release four years of inhibitions. And now, I am sorry our work is completed. It is a feeling only genuinely understood by those of us who labored in the ‘den of inequity.'”

In his statement Thursday, Norment said: “With 114 editions of The Bomb available online dating back to 1885, I am not surprised that those wanting to engulf Republican leaders in the current situations involving the Governor, Lt. Governor, and Attorney General would highlight the yearbook from my graduation a half century ago … Despite all of the distractions from the continuing controversies involving our statewide elected officials, I am intent on fulfilling the work of the people of Virginia by passing a fiscally responsible budget that provides tax relief for working families.”

Given the fact that this is 1968 we’re talking about, the revelation by Norment doesn’t seem like quite as big a shock as those involving Governor Northam and Attorney General Herring. This, after all, was still a time when the backlash against the civil rights movement was still active throughout the south, including in Virginia, which was a far different state back then than it is today. It’s also worth noting that Norment is not in the line of succession to the Governorship, but the fact that these revelations are continuing is just adding to the chaos that is enveloping Richmond even as the legislature tries to get its job done, a job which includes getting a budget for the new Fiscal Year, which begins July 1st on the calendar Virginia works under, and this isn’t going to make it any easier. Indeed, at this point, perhaps we need to ask which Virginia politicians haven’t been involved in blackface scandal in the past.

One Week Later, Ralph Northam Is Still Governor. He May Stay There.