A Timeline Of Nihilism And Fecklessness

How about crowd sourcing a timeline for all of Trump's enablers? 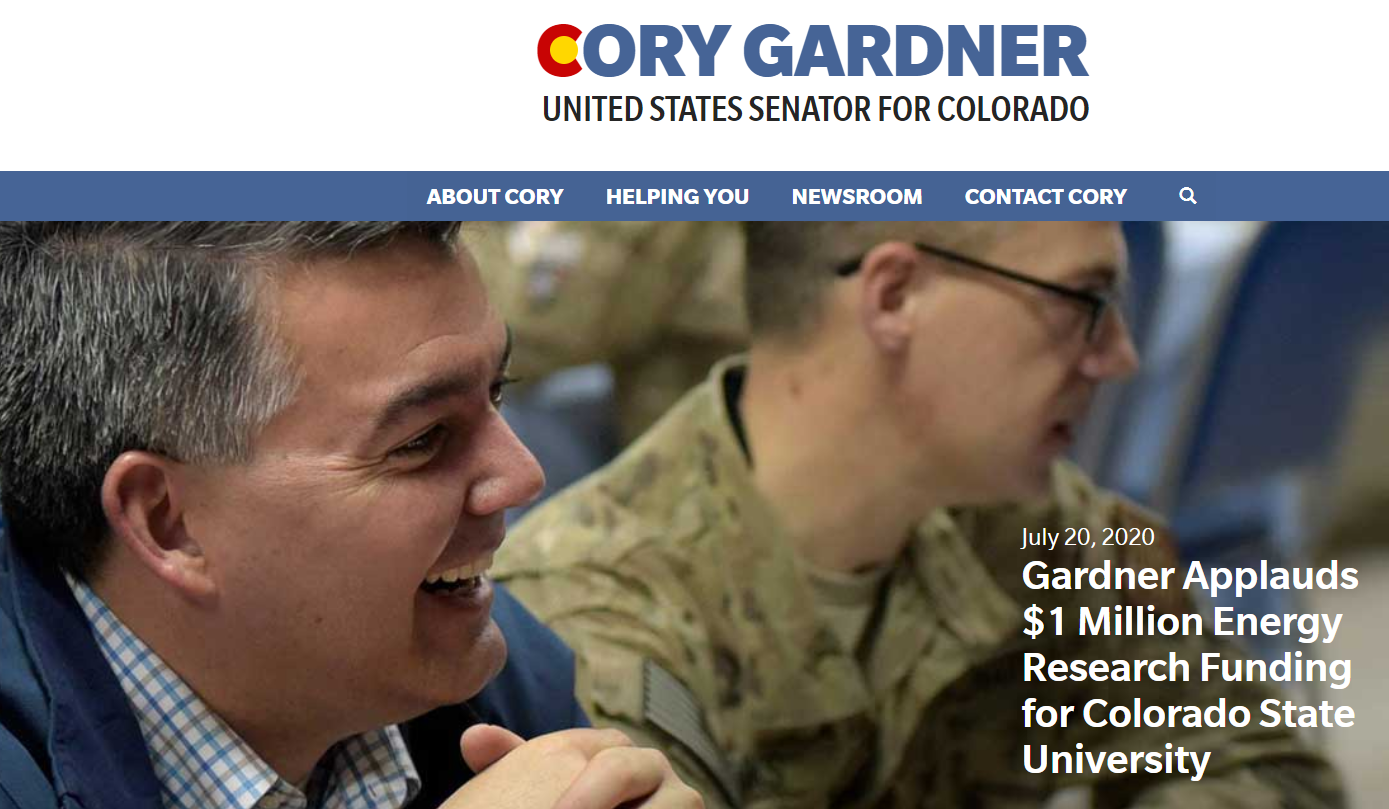 Steven Taylor’s concise summary of Trump’s mishandling of the pandemic is extremely useful. I would propose that we need the same type of timeline for his enablers. Not only must Trump go, but so too all of the people who gave him the gas can and matches, then stood by as he burned down the country. What were they doing at key moments since January 2017?

While the list of enablers is quite long, perhaps it would be sufficiently manageable if we were to limit it, for starters, to the US Congress. Take, for example, US Senator Cory Gardner (R-Colorado). As the screenshot shown above from his web site suggests, he is a very typical Republican senator who, among other typical behaviors, trumpets his ability to bring federal benefits to his state, and enjoys being photographed with “the troops,” a folksy shorthand to young men and women who have committed to putting themselves in harms way in defense of the rest of us.

Just a couple of weeks ago — though, due to the Trumpian time dilation effect, it feels like months — a major story concerning the troops broke. Russian agents were paying the Taliban bounties for killing American soldiers in Afghanistan, and the current regime had done nothing about it. After the story appeared in The New York Times, Trump and White House officials focused on defending themselves against accusations that presidents should read their daily intelligence briefings. They did not state whether would be any action against Russia.

What was Cory Gardner talking about in the days after the story broke? In his Twitter feed and his Facebook posts (pretty much the same content), Gardner said nothing about the Russian bounties. Gardner did continue to promote his earlier idea to label Russia a sponsor of state terrorism. To his credit, Cory Gardner after the Times published the story did not undercut past Cory Gardner. Unfortunately, he also let Trump off the hook, saying that Congressional Democrats had the same information. Of course, if that were true, he is implicitly assuming that they had the obligation to read it, and paid them the backhanded compliment that they probably lived up to that high standard. He is also implying that the President of the United States has no more obligation to review intelligence and act on it than a member of the House or Senate.

It did not take me long to unearth how Gardner enabled Trump through the painfully familiar pattern of first ignoring something horrible that Trump did, then attempting to shift blame when confronted with that fact. It would not be hard to expand that effort to more senators, and more moments like these. Imagine if there were a crowd-sourced effort to map every senator’s response or non-response to a terrible Trump action or statement. Children in cages, betraying the Kurds, hawking hydroxychloroquine, violating the Hatch Act on the behalf of a Trump-friendly bean tycoon, pardoning Roger Stone, saying that white supremacists included some “very fine people,” chasing non-existent election fraud in a transparent effort to suppress voting, firing the FBI director for not swearing loyalty to Trump personally, forcefully clearing Lafayette Square of peaceful protesters so that he could hold a Bible for the cameras…What was the senator from the great state of [fill in the blank] doing that day, and in the days afterwards?

If it were not for this group, Trump would be a toxic clown, instead of an active threat to public health, the economy, America’s standing in the world, and our political system. They deserve just as much scrutiny of their cynical and pointless efforts to stay in office, in lieu of what they could have done to prevent these calamities, as does the Current Occupant. 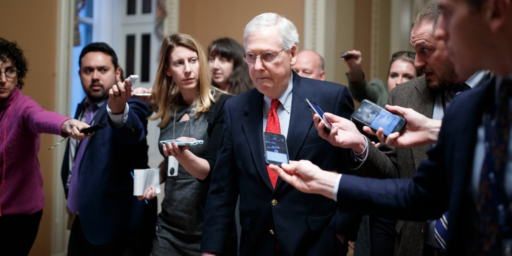 McConnell Faces Pressure From Within And Without Over Shutdown