The Supreme Court sided with a 13-year-old honor student suspended after she was strip searched for Advil.

The Supreme Court ruled Thursday that a school’s strip search of an Arizona teenage girl accused of having prescription-strength ibuprofen was illegal.

In an 8-1 ruling, the justices said school officials violated the law with their search of Savana Redding in the rural eastern Arizona town of Safford.

Redding, who now attends college, was 13 when officials at Safford Middle School ordered her to remove her clothes and shake out her underwear because they were looking for pills — the equivalent of two Advils. The district bans prescription and over-the-counter drugs and the school was acting on a tip from another student.

“What was missing from the suspected facts that pointed to Savana was any indication of danger to the students from the power of the drugs or their quantity, and any reason to suppose that Savana was carrying pills in her underwear,” Justice David Souter wrote in the majority opinion. “We think that the combination of these deficiencies was fatal to finding the search reasonable.”

In a dissent, Justice Clarence Thomas found the search legal and said the court previously had given school officials “considerable leeway” under the Fourth Amendment in school settings.

Thomas is right as to the precedents but 1) more recent case law has considerably weakened the power of school officials while recognizing that students have some rights and 2) Thomas is the Justice least inclined to follow precedent when he believes it violates the Constitution.

A couple months back, John Cole‘s statement that “I can state that as someone with an IQ over room temperature, the fact that we are debating whether it is appropriate for school authorities to strip search kids is a sure sign that something has gone horribly, horribly wrong with this country and our sense of perspective, and I blame the war on drugs” was awarded Quote of the Day honors.  And, indeed, as Steve Verdon pointed out, the oral arguments gave the impression that the Court was likely to allow rummaging through underage girls’ panties stand.   Justice Scalia certainly played the Devil’s Advocate (Advilcate?) well.

Thankfully, the Justices correctly realized this was a slam dunk. They say justice delayed is justice denied and, certainly, that holds true in this case.  There’s some satisfaction of being vindicated six years down the road but, obviously, the effects of the suspension and the humiliation of the search can’t be undone.  Of course, this ruling should make getting compensatory damages in a civil suit easier. 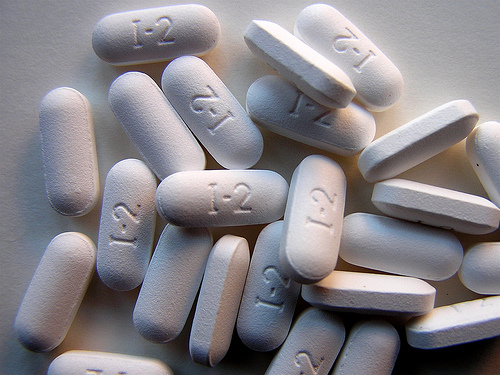