Apparently, al Qaeda has been working on its public image:

Nothing says wholesome family fun like al-Qaeda, which is why the group’s Syrian and Iraqi branches held a festival in a rebel-held neighborhood of Aleppo. The bizarre event, captured on video, is part of a broader effort to show Syrian civilians a softer, cuddlier side to the militant jihadist movement, which has been seizing territory in Syria.

The event was hosted by two al-Qaeda-allied groups: Jabhat al-Nusra, an extremist Syrian rebel group, and the Islamic State of Iraq and the Levant, which is based in Iraq and claimed responsibility for a recent jailbreak that freed hundreds of insurgents there. The groups have earned a reputation for fearsome fighting against President Bashar al-Assad’s regime in Syria, but also for their severe rule over areas under their control. According to Syrian rights groups, Jabhat al-Nusrarecently executed a 14-year-old boy in Aleppo for referencing the prophet Muhammad in a manner they deemed disrespectful.

The groups appear to be hoping that they can clean up their image and make friends with regular Syrians by, for example, hosting this Ramadan family fair.

• An ice-cream-eating contest for boys. A video of the contest, since deleted, showed Islamic State jihadist flags hanging in the background.

• A Koran recitation contest for girls.

• A tug of war between Jabhat al-Nusra and Islamic State members, video of which has also since been removed from YouTube

• Distribution of pamphlets, flags and “other propaganda-type products” meant to promote jihadism, according to a terrorism analyst who spoke to the Independent.

• Distribution of food, most importantly bread.

What, no suicide vest modeling contest? 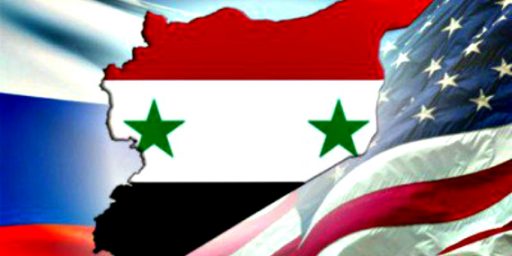