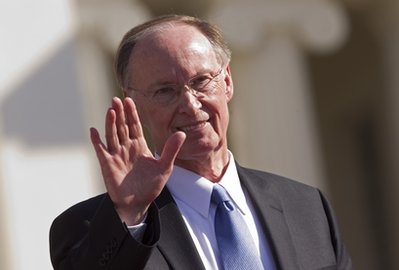 Alabama Gov. Robert Bentley told a church crowd just moments into his new administration that those who have not accepted Jesus as their savior are not his brothers and sisters, shocking some critics who questioned Tuesday whether he can be fair to non-Christians.

“Anybody here today who has not accepted Jesus Christ as their savior, I’m telling you, you’re not my brother and you’re not my sister, and I want to be your brother,” Bentley said Monday, his inauguration day, according to The Birmingham News.

Jesus Christ but this is a stupid thing to say. Naturally, he’s had to clarify:

After his speech, Bentley said he did not mean to insult anyone.

Responding to questions about it, Bentley’s office released a statement Tuesday saying he believes “he is the governor of all of Alabama.” “The governor clearly stated that he will be the governor of all Alabamians “Democrat, Republican and Independent, young, old, black and white, rich and poor. As stated in his (inaugural) address, Gov. Bentley believes his job is to make everyone’s lives better,” the statement said.

And I believe him. But why, then, deliver such bizarre remarks? Granted, this is Alabama we’re talking about and very public Christianity is the norm there. But he’s now the governor, not a preacher.  And he’s got a duty to give every appearance of equality under the law, especially on fundamental matters like freedom of religion.