American involvement in the genocidal Saudi war on Yemen is getting more complicated. This is a bad idea. 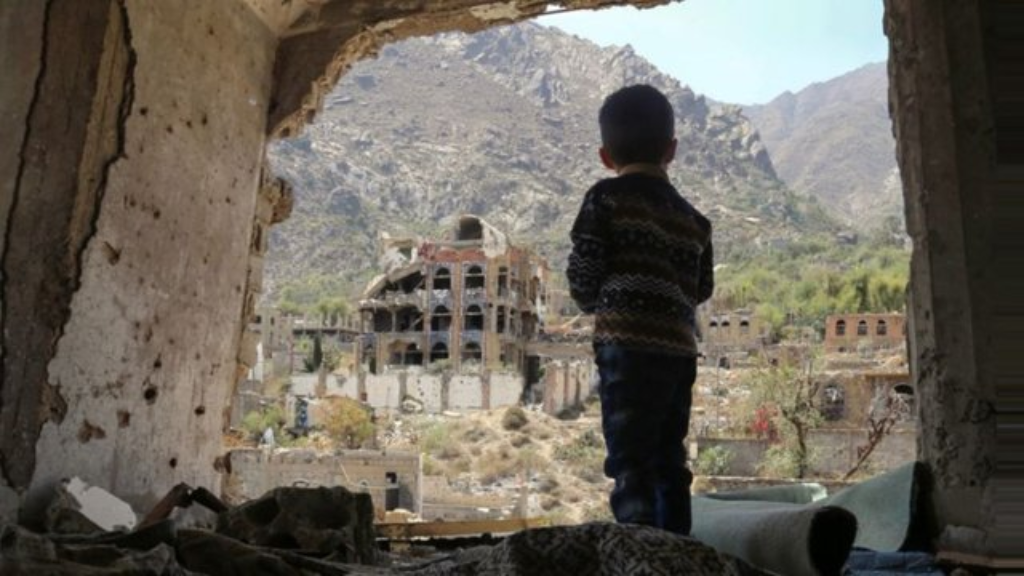 The New York Times is reporting that American special forces have been secretly fighting alongside Saudi forces in the Saudi war on Yemen, a war that has been especially cruel and which has resulted in the deaths of countless civilians due to bombing, disease, and starvation:

WASHINGTON — For years, the American military has sought to distance itself from a brutal civil war in Yemen, where Saudi-led forces are battling rebels who pose no direct threat to the United States.

But late last year, a team of about a dozen Green Berets arrived on Saudi Arabia’s border with Yemen, in a continuing escalation of America’s secret wars.

With virtually no public discussion or debate, the Army commandos are helping locate and destroy caches of ballistic missiles and launch sites that Houthi rebels in Yemen are using to attack Riyadh and other Saudi cities.

Details of the Green Beret operation, which has not been previously disclosed, were provided to The New York Times by United States officials and European diplomats.

They appear to contradict Pentagon statements that American military assistance to the Saudi-led campaign in Yemen is limited to aircraft refueling, logistics and general intelligence sharing.

There is no indication that the American commandos have crossed into Yemen as part of the secretive mission.

But sending American ground forces to the border is a marked escalation of Western assistance to target Houthi fighters who are deep in Yemen.

Senator Tim Kaine, Democrat of Virginia and a member of the Armed Services Committee, on Thursday called the Green Berets mission a “purposeful blurring of lines between train and equip missions and combat.” He cited the report in The Times and called for a new congressional vote on the authorization for the use of military force — a war powers legislation used by three successive presidents in conflict zones around the world.

Beyond its years as a base for Al Qaeda in the Arabian Peninsula, Yemen has been convulsed by civil strife since 2014, when the Shiite Muslim rebels from the country’s north stormed the capital, Sana. The Houthis, who are aligned with Iran, ousted the government of President Abdu Rabbu Mansour Hadi, the Americans’ main counterterrorism partner in Yemen.

In 2015, a military coalition led by Saudi Arabia began bombing the Houthis, who have responded by firing missiles into the kingdom. Yet there is no evidence that the Houthis directly threaten the United States; they are an unsophisticated militant group with no operations outside Yemen and have not been classified by the American government as a terrorist group.

The Green Berets, the Army’s Special Forces, deployed to the border in December, weeks after a ballistic missile fired from Yemen sailed close to Riyadh, the Saudi capital. The Saudi military said it intercepted the missile over the city’s international airport — kvz by an analysis of photos and videos of the strike. But it was enough for Crown Prince Mohammed bin Salman to renew a longstanding request that the United States send troops to help the kingdom combat the Houthi threat.

A half-dozen officials — from the United States military, the Trump administration, and European and Arab nations — said the American commandos are training Saudi ground troops to secure their border. They also are working closely with American intelligence analysts in Najran, a city in southern Saudi Arabia that has been repeatedly attacked with rockets, to help locate Houthi missile sites within Yemen.

For its part, the Pentagon is claiming that the forces are only assisting in a “training” capacity:

Pentagon officials told the senators what had already been said publicly: that American forces stationed in Saudi Arabia only advised within the kingdom’s borders and were focused mostly on border defense.

“We are authorized to help the Saudis defend their border,” Gen. Joseph L. Votel, the head of United States Central Command, told the Senate Armed Services Committee on March 13. “We are doing that through intelligence sharing, through logistics support and through military advice that we provide to them.”

American support for the Saudi war on Yemen isn’t new, of course. While the Obama Administration was somewhat critical of the manner in which the Saudis and their allies in the United Arab Emirates were conducting the war, they also weren’t speaking out vociferously against that war and, of course, President Obama permitted both the Saudis and the U.A.E. to continue purchasing American military equipment that was then used in attacks in Yemen, including attacks in which civilians were either unnecessary collateral damage or seemingly being deliberately targeted in a war that has used attacks on civilians as a military weapon. Under President Trump and Prince Mohammed, though, the relationship between the United States and Saudi Arabia has expanded significantly. In addition to Trump’s trip to Riyadh last year, the President and his White House have backed away from the criticism that the Obama Administration registered with regard to the Saudi bombing campaign in Yemen. Additionally, whereas President Obama blocked arms sales to the Saudis in response to that campaign, the Trump Administration has resumed and expended those sales. Most recently, for example, the Administration approved a sale of $670 million worth of anti-tank missiles and other military equipment and parts. Additionally, under the auspices of the so-called “War On Terror,” the Trump Administration has authorized nearly 130 airstrikes in Yemen against alleged terrorist targets that also seemed timed to assist the Saudi war effort. Finally, the Trump Administration has vastly expanded the extent of American assistance to the War on Yemen beyond where former President Obama had placed it in an effort to minimize the chance that the United States would become directly involved in combat. In light of the fact that the Green Berets are now involved as detailed in the Times report and that there has been a significant expansion in the use of American surveillance planes to assist the Saudi war effort, those guidelines have obviously been exceeded.

As I have argued before, American support for the war on Yemen is yet another example of everything wrong with American foreign policy. At the start, of course, it was motivated by the idea that we ought to support so-called allies even when we don’t have an obligation to do so and the idea, encouraged by the Saudis, that the war on Yemen was a proxy for a broader regional conflict with Iran that is also playing itself out in Syria. One consequence of this blind loyalty has been the fact that both the Trump Administration and the Obama Administration before it, to hold our allies in Riyadh accountable for the numerous, incalculable human rights they have committed in the name of this war from the beginning. The result has been

At the same time, the war was and is seen by many inside both Administrations, and many outside analysts as a way of engaging against Iran given the fact that the Houthi rebels that are the primary target of the war are loosely allied with Iran. While the United States is not directly involved in the conflict, our support for the Saudis and their allies from the United Arab Emirates is as close to involvement as one can get without actually putting American boots on the ground. From the beginning it was a war of choice started by the Saudis and our involvement, albeit on the sidelines, has also been a conscious choice notwithstanding the fact that there are no American interests implicated in the conflict and that, arguably, American interests are being harmed the longer the war is allowed to continue and the deeper Yemen is plunged into the kind of chaos that will inevitably turn it into the same kind of breeding ground for terrorists that we saw in pre-9/11 Afghanistan and more recently in Syria and Libya.

While the Obama Administration’s policies regarding Yemen were insufficiently indulging, the Trump Administration has doubled down on that support, and this mission involving the Green Berets is just the latest example of that. Indeed, sending American special forces to the border between Saudi Arabia and Yemen, which is for all intents and purposes the front line of the war, is a substantial escalation of American involvement in the war and the idea that they are going to be able to keep their mission focused solely on training and assistance when that that close to the fighting is hard to believe. Virginia Senator Tim Kaine, who has been one of the few Senators in recent years to call for Congress to step up its oversight of the military deployments made by the Obama and Trump Administrations has referred to the Green Berets mission as a “purposeful blurring of lines between train and equip missions and combat.” As he has done in connection with the deployments against ISIS and other deployments in various parts of Africa, Kaine has called on Congress to vote on a new authorization for the use of military force, something that has not happened since the “War On Terror” AUMF was voted on by Congress seventeen years ago and which has been used by the Bush, Obama, and Trump Administrations as authorization to conduct military operations well beyond Afghanistan, where the war began nearly two decades ago. These pleas have fallen on deaf ears, obviously.

At some point down the line, I’m afraid, we are going to pay a price for turning a blind eye to the war crimes and human rights violations that the Saudis and Emiratis are committing with our full support in their war on Yemen. What that price will be is unclear at this point, but it could include everything from the establishment of an Iranian-backed beachfront on the Arabian Peninsula to a breeding ground for a whole new generation of terrorists that will direct their aim at the United States and other Western targets. At that point, we’ll wonder why they’re so mad at us, and most people won’t even realize that it was our own support for this genocidal war that created a new generation of enemies.