A new survey shows that Americans are increasingly unable to tell the difference between fact and opinion. That's a problem. 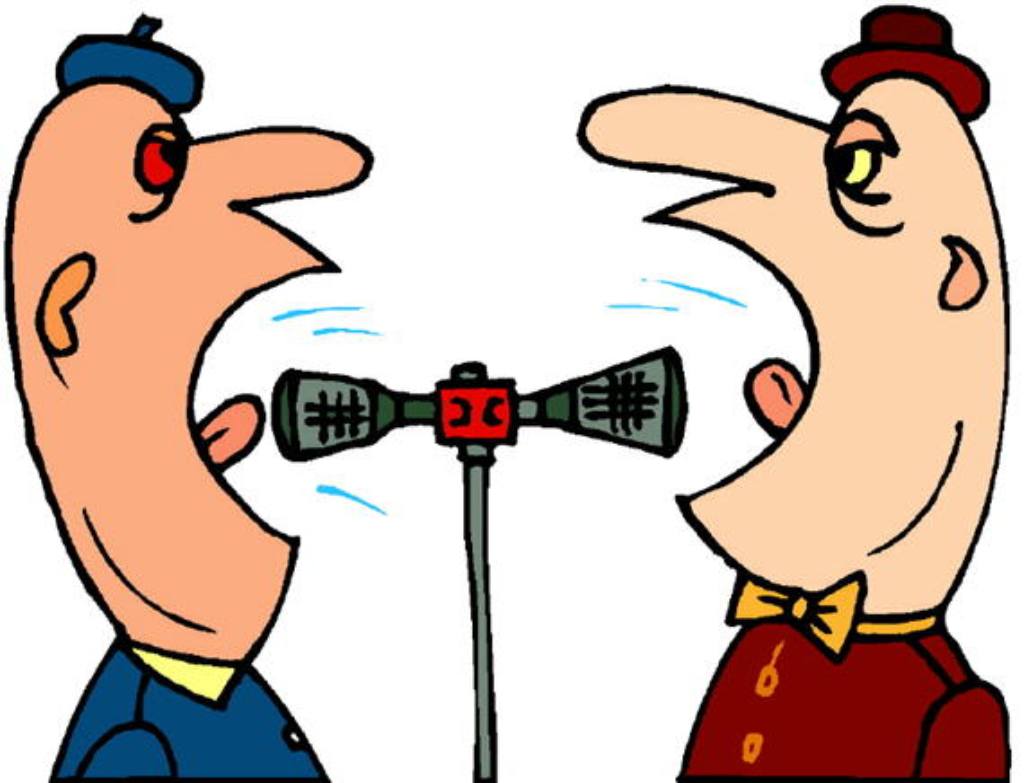 A new study from the Pew Research Center shows that Americans are increasingly unable to tell the difference between fact and opinion:

A new poll released Monday by the Pew Research Center suggests people are having difficulty telling the difference between fact and opinion.

They were also two statements that were ambiguous.

Just 26 percent of the adults surveyed correctly identified all five factual statements as factual, according to the study.

And just 35 percent identified all five opinion statements as opinion.

Pew also found that participants “were more likely to classify both factual and opinion statements as factual when they appealed most to their side.”

Nine-in-10 Democrats correctly identified the statement “President Barack Obama was born in the United States” as factual, while only 63 percent of Republicans saw it as factual.

At the same time, 37 percent of Democrats identified the statement “increasing the federal minimum wage to $15 an hour is essential for the health of the U.S. economy” as factual and not as opinion. Only 17 percent of Republicans viewed this statement of opinion as fact.

More from the study itself:

In today’s fast-paced and complex information environment, news consumers must make rapid-fire judgments about how to internalize news-related statements – statements that often come in snippets and through pathways that provide little context. A new Pew Research Center survey of 5,035 U.S. adults examines a basic step in that process: whether members of the public can recognize news as factual – something that’s capable of being proved or disproved by objective evidence – or as an opinion that reflects the beliefs and values of whoever expressed it.

The findings from the survey, conducted between Feb. 22 and March 8, 2018, reveal that even this basic task presents a challenge. The main portion of the study, which measured the public’s ability to distinguish between five factual statements and five opinion statements, found that a majority of Americans correctly identified at least three of the five statements in each set. But this result is only a little better than random guesses. Far fewer Americans got all five correct, and roughly a quarter got most or all wrong. Even more revealing is that certain Americans do far better at parsing through this content than others. Those with high political awareness, those who are very digitally savvy and those who place high levels of trust in the news media are better able than others to accurately identify news-related statements as factual or opinion.

For example, 36% of Americans with high levels of political awareness (those who are knowledgeable about politics and regularly get political news) correctly identified all five factual news statements, compared with about half as many (17%) of those with low political awareness. Similarly, 44% of the very digitally savvy (those who are highly confident in using digital devices and regularly use the internet) identified all five opinion statements correctly versus 21% of those who are not as technologically savvy. And though political awareness and digital savviness are related to education in predictable ways, these relationships persist even when accounting for an individual’s education level.

Trust in those who do the reporting also matters in how that statement is interpreted. Almost four-in-ten Americans who have a lot of trust in the information from national news organizations (39%) correctly identified all five factual statements, compared with 18% of those who have not much or no trust. However, one other trait related to news habits – the public’s level of interest in news – does not show much difference.

In addition to political awareness, party identification plays a role in how Americans differentiate between factual and opinion news statements. Both Republicans and Democrats show a propensity to be influenced by which side of the aisle a statement appeals to most. For example, members of each political party were more likely to label both factual and opinion statements as factual when they appealed more to their political side.

At this point, then, the U.S. is not completely detached from what is factual and what is not. But with the vast majority of Americans getting at least some news online, gaps across population groups in the ability to sort news correctly raise caution. Amid the massive array of content that flows through the digital space hourly, the brief dips into and out of news and the country’s heightened political divisiveness, the ability and motivation to quickly sort news correctly is all the more critical.

The Washington Post’s Erik Wemple picks out another data point from the survey:

Asked to estimate the percentage of news on TV, radio and newspapers that qualifies as “misinformation,” Republicans said 51 percent; Democrats, 23 percent. For conservatives and liberals, the corresponding figures are 54 percent and 24 percent.

With President Trump out there harrumphing baselessly about “fake news,” with his people in the White House briefing room and the executive-branch departments — particularly the Environmental Protection Agency — launching their own attacks on the media, and with folks such as Fox News’s Tucker Carlson telling his audience to believe the “opposite” of what they hear in the national media, what’s the likelihood that this gap is going to close anytime soon? Should it continue to widen, Trump will likely add the trend to his list of presidential accomplishments, to judge from his remarks in 2016, when a Gallup poll showed dreadful media-trust levels. “I think I had a lot to do with that poll … because I’ve exposed the media. If you look at the New York Times, and The Washington Post, and if you look at others: The level of dishonesty is enormous. It’s so dishonest. I can do something that’s wonderful and they make it sound terrible,” Trump said.

These survey results should hardly be surprising to anyone who has been paying attention to American politics over the past twenty years or so. With the end of the “traditional” media era in which news and information was basically limited to the three broadcast networks along with newspapers, we saw the media universe explode into what we have now, which consists of three cable networks that are devoted pretty much solely to covering news and politics on 365/24/7 basis, the explosion in politically-based talk radio that began in the 1990s and which is generally given the credit for the fact that AM radio even still exists at this point, and, of course. the rise of the Internet.

As a general rule, all of these new media choices are a good thing, and I certainly would not want to return to the world that existed in the 1970s and 1980s when deciding what was news was basically in the hands of the three television networks and the editors of the nation’s major newspapers. However, there’s also a downside that is likely responsible for the fact that, on both sides of the political aisle, in the fact that greater choices of media sources has led, perhaps inevitably, to a world where Americans tend to get their information mostly from sources that tend to reinforce their worldviews. Additionally, all three of the major cable news networks have an increasingly troublesome tendency to mix their “hard” news coverage and their opinion-based programming in ways that make it hard to distinguish one from the other. Fox News Channel, of course, is the worst in that regard, but one also sees it quite often on MSNBC and, to a lesser extent, on CNN. Indeed, I think I can count on one hand the number of hosts from any of those three networks who I would consider to at least trying their best to be objective and keep the opinions to the pundits. To a large degree, though, one sees hosts that are supposed to be delivering news using their shows to highlight one political argument over another or one opinion on a controversial issue over another. That blurring of the line between fact-based journalism and opinion-based programming which, admittedly can be both useful and entertaining at times, is likely one of the major reasons why Americans may find it hard to tell the difference between fact and opinion, especially when the opinion in question happens to be one they agree with.

As Dave Schuler notes in his own post on this survey, one of the most interesting findings from the Pew survey is the fact that the people best able to distinguish fact from opinion are people with “high political awareness, those who are very digitally savvy and those who place high levels of trust in the news media are better able than others to accurately identify news-related statements as factual or opinion.” As Dave notes, the results seem to indicate that “digital savviness” seems to be the biggest controlling factor in this regard, as it applies across a number of different factors including, perhaps most surprisingly, education. That final point perhaps holds out some hope that future generations, including the generation that has grown up over the past 20 years for whom immediate access to the Internet has become ubiquitous, will be better able than their elders to distinguish fact from opinion. Until then, the rest of us are probably best advised to watch ourselves, especially when it comes to relying on sources of information or things that appear to be news items that reinforce things we already believe.