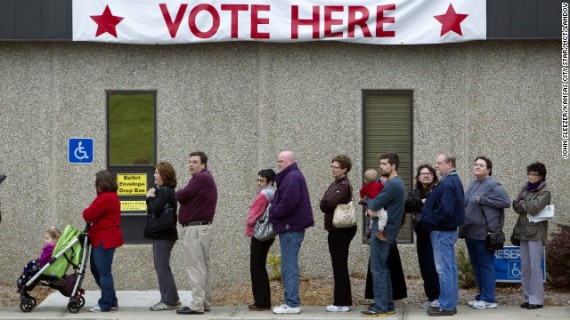 Imagine a country on election day where you know the results the instant the polls close. The votes are counted electronically, every district and state has the same rules and the same organized voting procedure. It is managed by a non-partisan independent body. Sounds like the greatest democracy in the world, right? Try Mexico. Or France, Germany, Brazil. Certainly not the United States of America.

America has one of the world’s most antique, politicized and dysfunctional procedures for its elections. A crazy quilt patchwork of state and local laws with partisan officials making key decisions and ancient technology that often breaks down. There are no national standards. American voters in more than a dozen states, for example, don’t need ID. But even India, with a GDP just 12 percent that of ours, is implementing a national biometric database for 1.2 billion voters. The nascent democracy in Iraq famously dipped voters’ fingers in purple to ensure they didn’t vote again. Why are we so behind the curve?

The conservative columnist David Frum recently wrote an excellent article for CNN.com and he tells a story about the 2000 presidential election. The city of St. Louis, Missouri had outdated voting equipment. So there were long delays in voting. But St. Louis was heavily democratic, so Al Gore’s campaign asked a judge to extend voting by three hours.

The judge agreed. But then George W. Bush’s campaign protested, and the judge was overruled. Meanwhile voting had already continued 45 minutes past the legal time.

Is that how elections should work in the world’s greatest democracy? In most other democracies, an independent national body would make the big decisions. There would be non-partisan observers at the polls. And of course, there would be modern, functioning equipment. Even Venezuela, which had elections last month, had electronic voting booths with biometric technology across the country.

Aside from the strange obsession with verifying that people aren’t committing in-person election fraud of the sort there’s next to zero evidence happens in America, this is surely correct.

After the 2000 election debacle, we were supposed to standardize voting processes across the country. We didn’t. Indeed, about the only thing we accomplished was doing away with punch-card ballots with hanging chads.

The use of partisan election officials at the state and local levels is especially bizarre. I’d say that it’s the sort of thing a banana republic would do, except for the fact that the banana republics have stopped the practice. Even if they make their rulings honestly and honorably—and I’m sure that most of them do—the public will naturally be skeptical when rulings go against their preferred candidate or party. 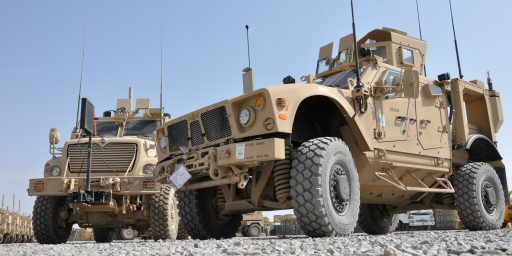 U.S. To Scrap Some Military Equipment Rather Than Take It Out Of Afghanistan 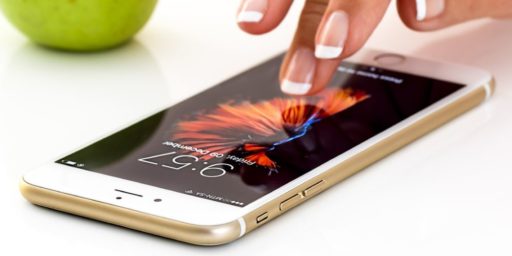 Don’t Be Afraid Of Technology