Glenn Beck's own website discovers some interesting, and ethically disturbing, editing in the latest round of video's from "ACORN Pimp"James O'Keefe. 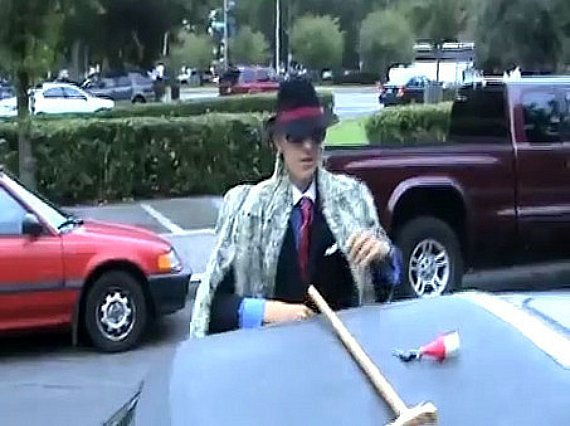 There an interesting analysis of the NPR “sting” video that made rounds earlier this week which reveals some, shall we say, interesting editing choices by James O’Keefe and his associates:

On Wednesday, The Blaze posted a lengthy report looking at the ethics of undercover journalism.  The comments on the post show a lively debate and wide-ranging views on what is considered ethical and acceptable in pursuit of a scoop.

Plenty of readers felt the new NPR exposé justified any ethical misgivings involved in producing it. Others felt that those seeking truths should hold to higher standards.

When undercover video like the NPR story first surfaces, we often look to see if there is raw video of the material used to produce the report as a basis for evaluating the accuracy of the representations made.

And we decided to do that in this case.

The Blaze’s Pam Key, who produces most of our original videos, is experienced in reviewing hours and hours of raw audio/video to find key sections that can then be used in proper context.  Her review of the NPR exposé identifies a number of areas to examine.

Do these areas reveal problematic editing choices?  Are assertions made in the video misleading? Are the tactics used by the video producers unethical?

Take note, first of all, that this appears at The Blaze, the HuffPo/Daily Caller -like web site started by Glenn Beck several months ago. That alone is interesting, but so is the analysis itself, which I encourage you to read in full. There’s one area of particular interest, which David Weigel notes over at his one blog at Slate:

The tape released on Tuesday morning gave us this conversation, which starts after a visible (i.e., not concealed) edit.

SCHILLER: … think the current Republican party is not really the Republican Party. It’s been hijacked by this group that…

The Blaze grabs the entire exchange, before the edit, from the video that was made available by Project Veritas on Tuesday — hours before Schiller sped up his retirement, and resigned. I’ve bolded the part that was cut.

SCHILLER: I won’t break a confidence, but a person who was an ambassador — so, a very highly placed Republican — another person, who was one of the top donors to the Republican party, they both told me they voted for Obama, which they never believed they could ever do in their lives. That they could ever vote for a Democrat, ever. And they did, because they think the current Republican party is not really the Republican Party. It’s been hijacked by this group that…

As Weigel notes, there’s at least some suggestion here that Schiller was led into saying what he did by this “Muslim,” who was, of course, part of O’Keefe’s “sting” operation and thus had the incentive to lead the person he’s talking to into saying something provocative, just like police officers often use trickery and deceit to coax a confession out of someone. Whether,given these circumstances, the comments are really an accurate reflection of what the person thinks is something I will leave to the reader.

Anyone looking at the edited version of the Project Veritas video would be concerned about the conduct and views expressed by the NPR representatives. But should we also be concerned about the deceptive nature of some of the video’s representations? Some will say no — the end justifies any means, even if unethical. Others may be bothered by these tactics and view similar projects with a greater degree of skepticism.

In our posting yesterday on the ethics of undercover journalism, we found a range of views. One interesting view is held by Fred Barnes of The Weekly Standard. Barnes believes it is always wrong for a journalist to lie: “It’s dishonest for anyone in journalism to pretend to be someone they’re not.”

But Barnes also believes this applies only to journalists. “This rule doesn’t apply to folks outside the profession,” he told The Blaze. Barnes views the O’Keefe production as a “political hit job and a quite clever and successful one at that.”

Barnes may not realize that O’Keefe describes his work as “investigative journalism,” and thus by Barnes definition — unethical.

And that is only on the issue of going undercover. But even if you are of the opinion, as I am, that undercover reporting is acceptable and ethical in very defined situations, it is another thing to approve of editing tactics that seem designed to intentionally lie or mislead about the material being presented.

If the Shirley Sherrod incident taught us anything, it is that unedited web videos should not be trusted. This is even more true when that video is part of so-called “investigative journalism” and has been edited in such a manner as to prove the point the “journalists” wanted to make (I would note that it really isn’t investigative journalism when you go into a project with the goalo of creating videos that can be used to embarrass someone)

I’m not really a fan of NPR,and I fully support the idea of decoupling them from the government. However, shoddy “journalism” like this doesn’t help that cause, and I hope people will think twice the next time “Project Veritas” or anyone affiliated with it comes out with another “shocking” video.

An Entry for “Dictatorship for Dummies” 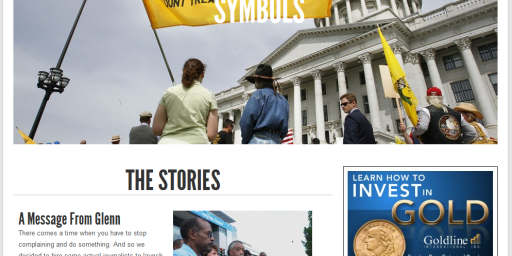