Apparent Assassination Leading To Tension Between North Korea And China 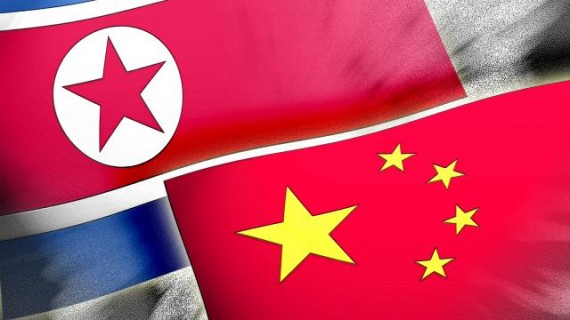 The apparent assassination of the estranged half-brother of North Korean dictator Kim Jong-Un is apparently causing concern among China’s leadership:

China’s Foreign Ministry has been at its stonewalling, noncommittal best this week after news of the dramatic assassination of Kim Jong Nam, the half brother of North Korea’s leader, repeating the mantra that it has “noticed relevant media reports and is closely following developments.”

But behind the scenes, there is a sense of shock and dismay in Beijing, officials and experts say: If, indeed, Kim Jong Nam was assassinated on the orders of the North Korean leader, it would be seen as an affront to the country that has afforded him protection for many years.

“China’s inner circle of government is highly nervous about this,” said Wang Weimin, a professor at the School of International Relations and Public Affairs at Fudan University in Shanghai.

“Kim Jong Nam’s assassination makes China more aware of how unpredictable and cruel the current North Korean regime is, as well as Kim Jong Un’s willingness to abandon China and sell it for his own benefit at any second.”

Kim Jong Nam had lived for over a decade in Beijing and Macau, apparently with wives and children in both places, and had a reputation as something of a playboy who liked to visit casinos. Chinese experts said he had received 24-hour protection — and monitoring — from China’s security services, as well as financial assistance when he needed it.

Yet despite his status as the eldest son of Kim Jong Il, he had shown no obvious political ambitions. Fudan University’s Wang said Chinese authorities realized long ago he lacked leadership potential, and did not pin huge hopes on him. Nevertheless, he was a guest of their country, who would probably have provided valuable intelligence in the past.

The assassination has come at an uncomfortable time for China, just days after North Korea conducted a missile test and when the new Trump administration has been asking China to do more to rein in its troublesome neighbor and ally.

China responded to that missile test by asking the United States not to escalate the situation, but instead to start a dialogue with Pyongyang.

Then, on Monday, Kim Jong Nam was apparently poisoned in an attack by two women at Kuala Lumpur International Airport in Malaysia. It was a reminder, according to Marcus Noland and Stephan Haggard at the Peterson Institute for International Economics, of the North Korean regime’s true nature: “a cruel and ultimately capricious dictatorship that cannot be trusted on anything.”

While China’s official Communist Party mouthpieces, the People’s Daily newspaper and Xinhua news agency, have confined themselves to bland news reports on the incident, the nationalist Global Times tabloid, given a freer rein, has been more forthright, reflecting views shared by some officials and ordinary citizens.

Speculation sharply points at Pyongyang’s hand in the murder, in-house commentator Shan Renping wrote Thursday: If that is confirmed, China would join the international community in condemning it.

“Regardless of how intense a country’s political struggle might be, there is no doubt that it should never rely on assassination methods as means for its advancement,” he wrote. “Human civilization is now in the 21st century, and such a savage and outdated political device should be cast into the museums of history.”

In a sign that China’s patience might be running out, it rejected a shipment of coal from North Korea on Monday, a day after the ballistic missile test, South Korea’s Yonhap News Agency reported.

Nevertheless, as commentator Ding Gang wrote in the Global Times, the development has not made the task of reining in North Korea’s nuclear program any easier — and that’s not good news for China.

“North Korea’s nuclear facilities and missile bases are located near China’s border,” he wrote. “Once the situation in the Korean Peninsula spirals out of control, the facilities will be primary targets or the final fortress of North Korea’s defense. Either way, the effects on China will be severe.”

The murder of Kim Jong Nam, he warned, could reinforce destabilizing calls for tougher action to force “regime change” in Pyongyang.

“People in the U.S., Japan and South Korea will more likely opt for hard-line approaches, which will trigger nuclear security problems,” he wrote. “We had better prepare for a nuclear emergency in North Korea rather than wasting our time discussing who is behind the assassination.”

This isn’t the first time we’ve heard rumors about Chinese frustration with the Kim regime, of course. When Kim Jong-Un had his uncle and most of his family executed several years ago in what was apparently an effort to consolidate his power and remove any potential threats, there were apparently alarm bells sounded among top leadership in Beijing since the uncle had been one of China’s closest connections to the inner circle in Pyongyang for decades. Additionally, each new nuclear test on the part of the North Koreans has brought with it increasingly strong public rebukes from official and unofficial sources in China, something which had been rare beforehand as China has always been careful to its cards close to its vest when it comes to relations with the reclusive regime in North Korea. That has changed significantly since  Kim Jong-Un has come to power, and it appears to be the case that the main reason for this is that Kim himself is not as comfortable with maintaining dependence on China as his father and grandfather were.

All of this leads to the question of just how much influence China really has in North Korea at this point. In the past, it was generally believed that the best way to influence events in North Korea other than sanctions that went to the heart of the regime, which haven’t been very successful in any case, was through China. In no small part this is because it is Chinese economic aid that props up the North Korean economy and China which remains the only viable market for any goods that might actually be produced for export in the Hermit Kingdom. Additionally, China has long stood as a defensive bulwark for North Korea against the threat that the United States and South Korea might one day attempt to depose the regime, although the fact that the North could inflict considerable damage against South Korea and Japan even if ultimately deposed is also a reason why military confrontation on the Korean Peninsula. Because of that aid, it’s unlikely that North Korea will go too far in annoying its much larger neighbor, but this seems to be yet another sign that Chinese influence in Pyongyang appears to be at a low and that doesn’t bode well for future efforts to influence the regime.