Are Cultures Altered by Parasites?

The Proceedings of the Royal Society of London has published a paper postulating that a common brain parasite, Toxoplasma gondii, affects individual human behavior so much that it literally changes human culture. This paper is only available through subscription or purchase, but you can read a summary of the paper here:

1. Toxoplasma infection rates vary from country to country. South Korea has prevalance rate of only 4.3%, for example, while Brazil’s rate is 66.9%. These rates are determined by many factors, from the eating habits in a country (steak tartar, anyone?) to its climate (Toxoplasma oocysts survive longer in warm tropical soil).

2. Psychologists have measured some of the personality traits influenced by Toxoplasma in these countries. People with Toxoplasma tend to be more self-doubting and insecure, among other things. Among the differences in men, Toxoplasma is associated with less interest in seeking novelty. Toxoplasma-infected women are more open-hearted.

3. A nation’s culture can be described, at least in part, as the aggregation of its members’ personalities. Here’s a paper with more background (abstract, pdf)

So Lafferty wondered, is there a relationship between a country’s prevalence of Toxoplasma and its culture?

The answer, he argues, is yes. He selected a few key features of human personality that Toxoplasma appears to influence, and which have been measured on a national scale–such as neuroticism, uncertainty avoidance, and “masculine” sex roles. Lafferty predicted that in countries with higher Toxoplasma rates, these features would all be stronger. He gathered data from studies on 39 countries in from all five continents. He corrected for various factors, for example including per capita gross domestic product as a variable. He found a signficiant correlation between high levels of the parasite and high levels of neuroticism. There was a positive but weak correlation between Toxoplasma and levels of uncertainty avoidances and masculine sex roles. However, if he excluded the non-Western countries of China, South Korea, Japan, Turkey, and Indonesia, the correlations of both personality measurements with Toxoplasma got much stronger.

Read the whole summary, which also provides links to some background on this extraordinarly versatile parasite. I’m not entirely sure I buy the paper’s thesis, but the hypothesis at least seems plausible if infection by this parasite does actually cause signficant personality changes. Still, trying to measure the “mood” of a culture seems awfully difficult, given the sheer weight and number of variables that have to be considered.

A New Twist on the Notion of the Crazy Cat Lady 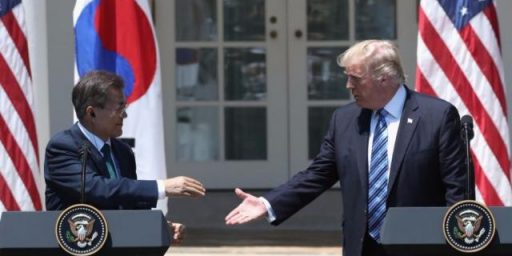