Back to Ambition Countering Ambition

Back to Fed 51 and this moment in oversight: we have to remember what ambitions drive politicians.

This morning I note an example of what I was describing in my post yesterday about believing the narrative of checks and balances without taking into consideration the real political motivations of actors.

The example comes from the editorial board of the Salt Lake City Tribune: Tribune Editorial: Ambition must be made to counteract ambition. The piece quotes pretty much the same passage from Federalist 51 as I did yesterday. They then state:

By abandoning the role the Constitution assigns them, to jealously defend the power of their branch of government against encroachments by other branches, Republicans in Congress surrender their duty, their power and their part in defending American democracy.

We see here exactly what I was talking about yesterday in my post: an appeal to the idealized, intro to US government version of separation of powers and checks and balances which does not take into the way in which political parties change that dynamic. The issue is not in a situation like this one of branch v. branch. Partisan concerns clearly supersede branch needs here.

Indeed, the piece shows that it is buying into mythology more than fact by talking about “abandoning the role the Constitution assigns them, to jealously defend the power of their branch of government against encroachments by other branches.” The constitution itself says no such thing and assigns no such role or responsibility. Madison certainly argued that the design of the institutions would lead to those kinds of behaviors, but the constitution itself not explicitly create any obligations for members of congress to act that way. Further, the reality remains that as impressive a theoretical statement as Fed 51 is, it remains also (and, really, chiefly) a propaganda document designed to convince New Yorkers to ratify the constitution. It is not the Rosetta Stone that tells us How Things Are Supposed to Work. It was a combination of Madison’s understanding of how he thought the new government would work as well as a persuasive essay designed to allay fears and rally support.

Further, the focus on ambition counteracting ambition shows, again as I noted in the previous post, poor political analysis that relies on the mythology of the constitution without thinking through what actual ambitions are driving politicians. The short version remains: the ambition that drives politicians is re-election more than any other. It certainly isn’t an abstract need to fulfill the fantasy that the legislature will always stand up to the executive because, well, that is way they said it would work back in high school civics.

Note: this fact, that re-election is the primary ambition that drives politicians, is why I think elections are so important and, more specifically why I harp on issues like electoral rules and whether they create responsiveness and representativeness or not. Rules that create unresponsive politicians (as it pertains the broader population) is what gets us the kinds of problems we are currently experiencing.

I won´t replicate my entire post from yesterday here, but will point interested readers in that direction: Partisanship, Separation of Powers, and the Limits of Oversight.

Partisanship, Separation of Powers, and the Limits of Oversight

Madison, Will, and the Ambitions of the GOP 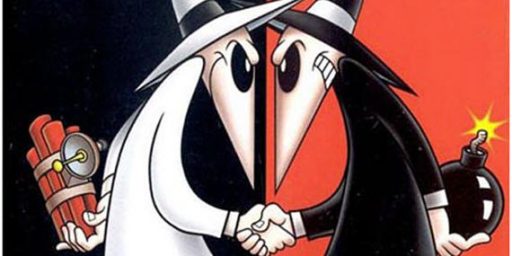