Benghazi Hearings Likely To Last Through 2016 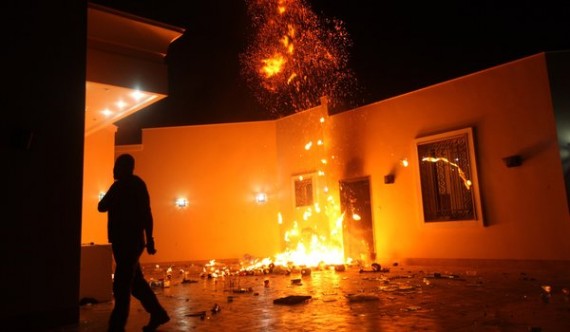 South Carolina Congressman Trey Gowdy, who has been named to head the House Select Committee investigating the Benghazi attack said this morning that his inquiry could easily last into the 2016 campaign season:

Rep. Trey Gowdy (R-S.C.) said the special committee he’ll lead on Benghazi could continue into the 2016 campaign, when Hillary Clinton might be running for the White House.

Asked about that posibility Wednesday on MSNBC’s “Morning Joe,” Gowdy said the length of his work would depend on the administration’s level of cooperation.

“It would be shame on us if we intentionally dragged this out for political expediency,” said Gowdy, the special committee’s chairman. “On the other hand, if an administration is slow-walking document production I can’t end a trial simply because the defense won’t cooperate.”

Clinton is a key figure in the Benghazi story since she was the secretary of State when terrorists attacked the U.S. consulate in Beghazi, Libya. The attack left four Americans dead, including Ambassador to Libya Chris Stevens.

Some Democrats suspect Republicans want to keep Benghazi in the news to try to hurt Clinton if she runs for the White House in 2016, as expected.

Gowdy said a memo that came to light last week, in which Deputy National Security Adviser Ben Rhodes set out “goals” for the administration’s response, but which was not turned over by the administration earlier, was evidence of a cover-up.

He also told host Joe Scarborough that deputy CIA director Michael Morell changed the talking points about the attack to shield the administration.

“The memo I think is evidence of a coverup,” Gowdy said. “Joe, you also have to keep in mind every change that Mike Morell made to the talking points sanitized or immunized the administration from criticism.”

Morell has explained the removal of references to al Qaeda from the talking points by testifying that the sources used to connect the attack to al Qaeda-linked groups were classified.

He said his number one question, though, is why warnings before the attack were not heeded: “We were placed on actual notice that Benghazi is a dangerous place, why were we still there?”

An investigation with rather obvious political motivations that could still be going on in the middle of a Presidential election year? I’m shocked, shocked I tell you.