I have banned a couple of serial violators in recent days after various warnings, deletions, and other signals failed to do the trick.

Steve Clemons is shutting down comments on The Washington Note for a bit because his guidelines for civil discourse “are being flagrantly violated.”

I am notifying a few commenters that they are banned. I will not tolerate ad hominem attacks on anyone and the regular escalations that take place here. If folks want to communicate on policy issues, feel free to write to me privately.

I regret having to take this action but [several named commenters] are regularly out of line — and they are contributing to a climate here that I refuse to support and be part of. I don’t care what other value they bring in other commentary.

I will decide when to bring comments back — but these commenters will not be welcome until I receive notes from them outlining how they will contribute to discourse here and what they will do to curb their tendency to escalate beyond tolerable limits.

While the rancor at OTB isn’t nearly at the point where I’d consider shutting down commenting entirely, I have banned a couple of serial violators in recent days after various warnings, deletions, and other signals failed to do the trick.

A healthy dialog is part of the value of running a policy oriented blog, and I’m happy to get vigorous disagreement in the comments. Commenters are, in a real way, part of the OTB community. But it only works if the discussion stays at least at a bar room level of friendliness. So I’ll take this opportunity to remind readers of our site policies and especially this plea:

Remember that the people under discussion are human beings. Comments that contain personal attacks about the post author or other commenters will be deleted. Repeated violators will be banned. Challenge the ideas of those with whom you disagree, not their patriotism, decency, or integrity.

In truth, I don’t dogmatically delete comments that inch across any of these lines but I do tend to do so for egregious or repeated offenses. My tolerance is largely a function of the signal to noise ratio of a commenter’s overall contribution to the discussion, with regulars who routinely add something worthwhile getting substantially more forbearance than those who are mostly annoying. 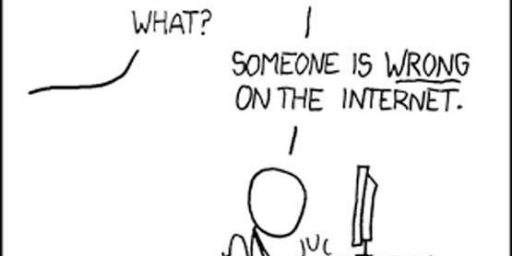