Challenge the ideas of those with whom you disagree, not their patriotism, decency, or integrity. 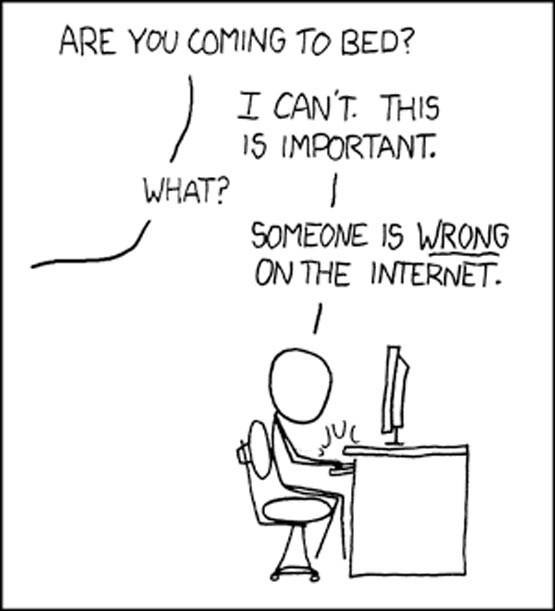 Over the weekend, Walter Russell Mead closed comments on his blog at The American Interest, declaring “To make the comments section work in its present form we would have to edit and curate much more aggressively than we do now and in our current judgment the effort needed to do that is better spent improving other features of the blog.”

While we’re nowhere near that point at OTB, it’s nonetheless true that the comments have gotten increasingly tedious, with too many regulars riding the same hobby horse or nursing the same tired personal grudges in thread after thread. While some of this is inevitable in an open forum with regular contributors that allows unmoderated posting in real time, the editors believe it’s worth reminding the readerships of our commenting policies:

Commenting and trackback/pingback capability is provided to encourage thoughtful discussion of the ideas posted on this site. We welcome open debate and viewpoints that differ from those of the post authors. That said, we wish to keep the conversation civil and the following policies, subject to change without notice, apply:

While any comment deemed abusive or offensive may be deleted without warning or appeal by the post author, the following will almost always be deleted:

I’ve emphasized the policies that are most frequently abused. Admittedly, the editors have been at best sporadic at enforcing them. We’ll endeavor to be more vigilant.

The underlying rule here: “Challenge the ideas of those with whom you disagree, not their patriotism, decency, or integrity.”