The N.F.L. and the British Government are both behind the idea of a franchise in London, but the idea doesn't really make sense for the league, or the game. 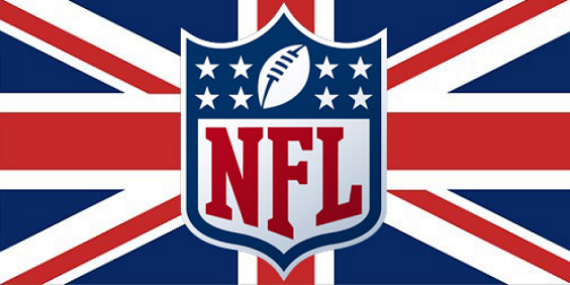 This weekend, the NFL will stage the second of three games scheduled this year at Wembley Stadium in London between the Atlanta Falcons and Detroit Lions, continuing a program that began several years ago and has been market by at least one N.F.L. game overseas every year during the regular season. Each of the games has apparently been well received across the pond, with Wembley selling out each time the league had been there in recent years, and that has led to speculation about a possible future franchise in London. N.F.L. Commissioner Roger Goodell himself has made no secret of the idea that he and others in the league are seriously considering the idea of placing the leagues first N.F.L. franchise in the U.K.’s capital, although he seemed to dampen speculation a little in July when he said that such a move may be as much as five or ten years away. While the idea of a full-time N.F.L. team in London, or anywhere else in Europe for that matter, would present the league with some real scheduling issues, the British Government wants the league to know that they would be totally behind the effort:

LONDON — The British government wants an NFL team based in London.

George Osborne, the British treasury chief, told the Evening Standard newspaper on Wednesday that the government will do whatever it can “to make this happen.”

The NFL has been playing regular-season games at Wembley Stadium every year since 2007, and this season there are three games on the schedule. But they haven’t yet announced any plans to put a team permanently in the British capital.

“We warmly welcome the chancellor’s strong support for the possibility of an NFL team in London and look forward to welcoming him to a game at Wembley over the next few weeks,” the NFL said in a statement. “Our key priority is to continue to build our fan base in the U.K. so that there is strong demand for any future plans in London.”

Detroit and Atlanta will play Sunday at Wembley, the home of England’s national soccer team. Last month, the Miami Dolphins beats the Oakland Raiders 38-14, and next month, the Dallas Cowboys will face the Jacksonville Jaguars.

While there has been much talk over the last few years, feasibility of a franchise in London is uncertain. So is how many players would want to join a team so far away from the rest of the league.

“This is primarily a decision for the owners of the clubs and the NFL organization, but I’ve said to the NFL that anything the government can do to make this happen we will do, because I think it would be a huge boost to London,” Osborne said.

“Clearly there are some tremendous sports fans in the U.K., and we’ve seen the growth of our sport and the popularity amongst those great fans over the last few years,” Lions president Tom Lewand said Wednesday. “How much we can continue to grow that is a real opportunity in front of us. … I wouldn’t put anything past the NFL. I wouldn’t put anything past the talented people that we have in the league and I certainly can understand the desire given the popularity of a lot of different sports over here.”

The Jaguars also played at Wembley last year, losing to the San Francisco 49ers, and are slated to keep coming to London over the next two seasons. They are owned by Shahid Khan, who also owns English soccer club Fulham.

Because of Khan’s plan to keep his franchise in the British sports fan’s consciousness, the Jaguars have often been rumored as the most likely team to relocate to Britain.

American football in Europe isn’t a new idea, of course. Back in 1989, the N.F.L. formed the World League of American Football as a “spring developmental league” for players and prospects who didn’t make N.F.L. rosters. As originally established the team consisted of divisions located in North America and Europe, with European teams located in the United Kingdom, The Netherlands, Germany, and Spain. The WLAF only lasted for two seasons before folding, thanks in no small part to low ratings and little attention in the United States even though there did seem to be good fan interest in Europe itself. Two years later, the league came back with only its European members and, in 1998 was renamed N.F.L. Europe. That league continued for another nine years or so, although the European franchises themselves slowly started to fold. The last British franchise, the Scottish Claymores, ceased operations in 2004 and by the end the only remaining teams were located in Germany, all of which ceased operation in 2007 when the league folded. Despite that failure, though, Europe has remained a lure for the N.F.L., and the multi-year deal that initially only involved the Jaguars and one opponent but was expanded for the first time this year, has continued even though, thanks to time differences, the games sometimes tend to get little attention here in the United States.

The plan that Goodell and the British government are talking about, of course, is quite different. Rather than a special game or two every year in the U.K. or, potentially, elsewhere in Europe, they would either move an existing franchise overseas or create a new franchise placed in London and playing and Wembley Stadium and American-based teams coming to play there at least eight times during the course of the season. Presumably, the league has run the numbers on this idea and believes that expanding the league overseas like this would be something that could be more successful than the failed WLAF/NFL Europe idea, but it strikes me that there are serious logistical issues that would have to be solved before this idea could even be considered.

The most obvious difference, of course, is the time difference. A game that airs at 1pm Eastern time in the United States would have to start around 6pm local time in London. A game that would air during the 4:05/4:25pm start time would have to start after 10pm local time. Practically speaking, a home game in London would be difficult to air on either Sunday, Monday, or Thursday nights because that would mean a start time after midnight local time. One solution to that problem, of course, would be to start the London based games earlier in the day, which is what will happen this Sunday when the Lions and Falcons game will air at 9:30am Eastern on Sunday morning. While that means the game will start earlier in the day over in London, it doesn’t seem practical from the N.F.L.’s perspective both because of the early start in the East and the even earlier start in the West. A game scheduled at this time between a London franchise and the 49ers, for example, would require fans in San Francisco to be up and cheering for their team at 6:30 in the morning. Perhaps such games could be scheduled for a little later in the day, with a late afternoon start time in Britain, but it would still involve some significant adjustments by the league, by broadcasters, and by fans and it could impact how much advertisers are willing to pay for ad time given the possibility that ratings for games on a Sunday morning may not get the kind of ratings they’d normally expect from an N.F.L. team.

The other logistical problem, of course, would involve scheduling the teams themselves. Scheduling away games for a London franchise wouldn’t be too difficult, of course, because you could schedule games based in the states several weeks in a row so that the team isn’t flying back and forth every week or ten days. The downside of that, of course, is that the team would be losing out on home field advantage for an extended period during the course of a season. The bigger problem would come for the teams that travel to London to play the team at home. Since each team only gets one Bye week, that means that a visiting team would be facing the prospect of flying overseas and dealing with jet lag immediately after playing a game in the U.S., or flying back home after a game and dealing with jet lag while getting ready for a game the following Sunday or Monday. Given the fact that teams today are dealing with playing a game on a Sunday and then possibly on the following Thursday, I suppose its something that the players could condition themselves for, but it would certainly be a concern that players, coaches, and owners would want to have some kind of plan for before going forward with this kind of venture.

I get the appeal of staging games in London for the N.F.L. since its part of a longer term plan to build up the leagues brand image worldwide. I could even see the wisdom of scheduling a few more regular season games overseas in the future in other parts of Europe, especially Germany, where NFL Europe seemed to be doing very well before the league decided to pull the plug on the whole operation. As a permanent presence, though, it doesn’t make any more sense than making an American soccer club a member of the English Premier League. If the N.F.L. does want to expand, and it seems like they do, then they ought to be looking in places like Los Angeles, which is the largest media market in the country without a franchise. If they want a team outside the United States, then perhaps Canada would be a viable option, or even Mexico. For the time being, though, it just doesn’t seem to me that an N.F.L. franchise in London makes much sense at all.