Megan McArdle argues that drivers who exceed the speed limit in their cars have no right to get angry at bikers who run stop signs and red lights, weave in and out of traffic, and otherwise ignore traffic laws.  Plus, because bikes are smaller and slower, they’re not going to cause any harm:

The reason cops don’t ticket bikers when they fail to observe stop signs at uncrowded intersections, etc, for the same reason that they don’t ticket people going 5 mph over the speed limit–those people do not cause many accidents. That’s because a bike going down a one-way street does not crash into cars. A bike passing through an intersection has neither the mass nor the velocity to hurt a car. A bike running a stop sign is maintaining a speed too slow to kill a pedestrian. Moreover, the fact that bike/pedestrian or bike/car crashes are at least as likely to hurt or kill the rider makes bike riders much more cautious than car drivers are likely to be.

Of course, cars that roll through stop signs at uncrowded intersections generally don’t cause accidents, either. Conversely, a biker who rolls out in front of a car illegally can not only severely damage the car but get himself seriously injured, to boot.

And guess who’s likely to get ticketed and have to pay the medical bills?  Why, the person operating a licensed motor vehicle for which he’s carrying insurance.  The numskull on the bike will inevitably be seen as the tragic victim that the driver of the heavy automobile should have been looking out for.

Making my exit from DC during the early part of rush hour, I frequently encounter bicyclists weaving in and out of very heavy traffic (southbound on 14th or 15th street) and running through red lights.  Cars are constantly forced to brake and have near misses with said bicyclists.   Why?  Because we’re expecting that those we’re sharing the road with will conform to certain norms.  If I’m changing lanes, I’m looking out for other vehicles (generally inching along on clogged roads) that are using the normal traffic lanes, not bicyclists who suddenly emerge in a lane that they’ve invented.

Even worse are the morons riding their bikes or Segways on the sidewalk who want to alternately be pedestrians or motor vehicles, depending on which is convenient at the moment.  These yahoos will come flying down the sidewalk and then cross the road at an intersection.   Again, drivers of vehicles are looking for 1) other motor vehicles in normal traffic lanes and 2) pedestrians who are walking at a snail’s pace.  So, when some yahoo comes flying across the road from the sidewalk at 25 miles an hour, we’re not expecting you.

Bicycling is a convenient, environmentally friendly mode of transportation and we should do a better job of creating bike paths and otherwise making it safe.  But driving on busy metropolitan streets isn’t like peddling along in a suburban neighborhood.   If you’re going to use the road, you’ve got to observe the norms that everyone else is expecting or you put everyone in danger. 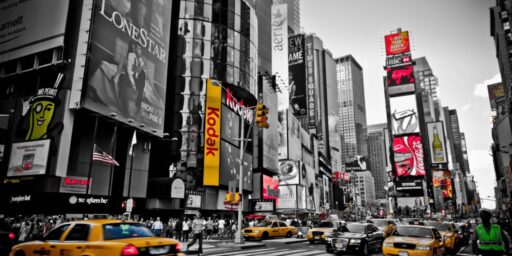