From Patrick Stewart’s Twitter feed. It appears that he and Ian McKellen are in the Super Bowl spirit, albeit not entirely familiar with the game being played: 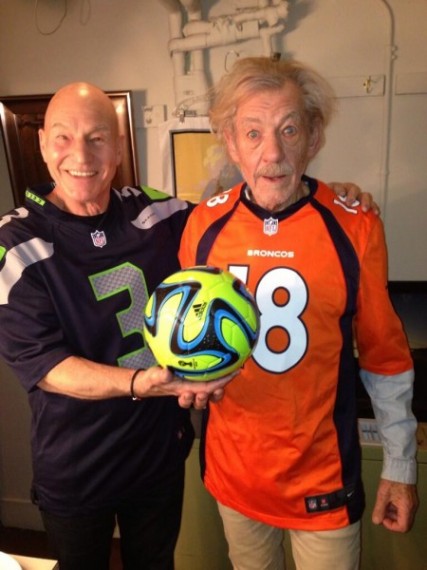