The How Do You Spell Relief? Edition OTB Caption ContestTM is now over.

The How Do You Spell Relief? Edition OTB Caption ContestTM is now over. 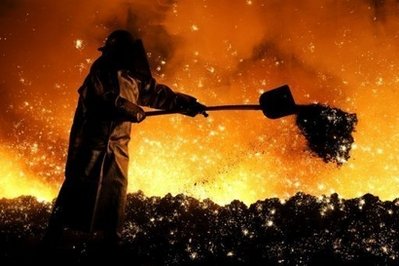 First: Robert W. Armijo – “Remember: the one who smelt it. Dealt it.”

Second: Wyatt Earp – Mohammad Atta: “Those bastards promised me virgins. Where are the virgins?”

John425 – I keep shoveling stimulus money at it but it only makes it worse!

Michael Hamm – Another conservative’s book being reviewed by the New York Times.

Mr. Prosser – No, son, this is a picture of a guy at work. See, once upon a time a guy could get a job, buy a house and raise a family while helping to make stuff, real stuff . . . oh, never mind.

mpw280 – Tim Geitner again attempts to put out the fires of the raging recession.

DNC — In a hole and digging faster…

I fell into a burning ring of fire….

Buster Poindexter had it about right.

Burning Man — Ur doin it rong.

The Monday Contest has found an uneasy piece.