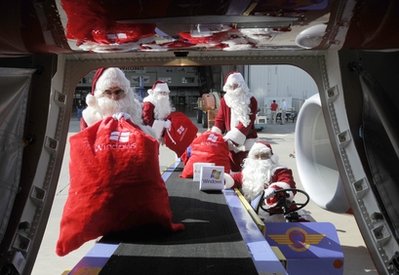 First: JazzShaw – Sadly, with the reindeer being ill, the extra votes for Joe Miller arrived after the deadline.

Robert W. Armijo – “Some people will do just about anything to avoid a TSA pat-down these days.”

New Congressman — as they see themselves.

Source of next Wikileaks Scandal

Obama’s redistribution of toys to children whose parents make less than $250,000 per year.

It’s Festivus for the rest of us.

The Monday Contest already has to take a leak.