The Matzoh Man Edition OTB Caption ContestTM is now over. 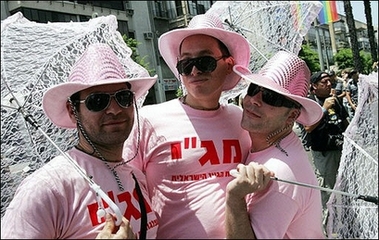 First: Gollum – Some accused Maxim’s spread of “Women of the Israeli Defense Forces” to be a bait-and-switch.

Second: G.A Phillips – WASHINGTON (AP)–The new Gaza checkpoint was a great success as dozens of suicide bombers surrendered their bomb belts in hysterical laughter as they came across the newly dressed Israeli soldiers and their tea party.

Third: charles austin – I didn’t recognize the Hogettes without their noses.

McCain – The science is settled on global pinking.

chsw – “Well, we will be looking forward to next year’s parade in Damascus or Riyadh.”

“Ok… How many have you blown Shofar?”