The One Trick Crony Edition OTB Caption ContestTM is now over. 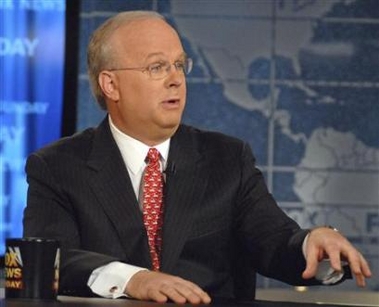 First: DaveD – Karl gets set to push his “That Was Easy” button one last time before leaving the White House.

Second: Bithead – And when Saruman grabbed the ball like THIS, he was REALLY talking to ME.

Third: dennis – Then the Itsy Bitsy Spider Crawled up the water spout….

chsw – Just because I hold my hand like this doesn’t mean I’m gay.

yetanotherjohn – But if I keep my fingers spread like this, the strings don’t get tangled and I can even make George appear to jog

Wyatt Earp – “In three seconds, a speech by Hillary Clinton contains this much bullsh*t.”

“I’m sorry, by Blackberry hand is acting up.”

“Then I says, well here’s the Golden Snitch, its been just sittin’ here all the time.”

“I only ever feared one thing… Donald Rumsfeld on prune day.”

“…and when I turn it this way Hillary’s head spins and she throws up pea soup.”

Monday Contest is already making an appearance on Sprockets.