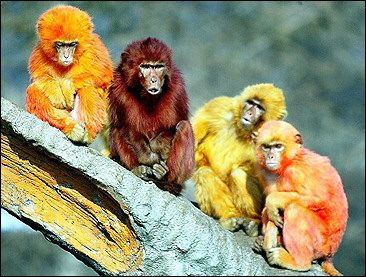 1st: Steven, “Secretary Ridge rolls out the Terror Alert Monkeys, because that chart was too boring.”

2nd: Rodney Dill, “Frank J’s nightmare: The Year of the Monkey – In Technicolor”

3rd: Eddie Thomas, “I don’t know what you guys think, but I’m genetically a lot closer to Al Franken than I would care for.”

Congrats to all the above and thanks to all the participants. Another contest will start soon.