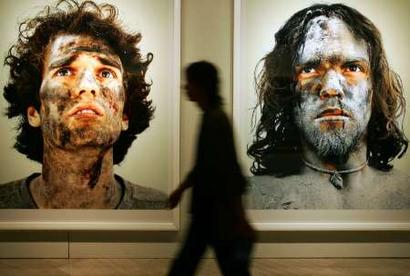 1st: Rodney Dill – DRUDGE BREAKING: The Kerry/Edwards campaign will stop at nothing to be elected as evidenced by this new Ad featuring the effects of an Al Qaeda Ã¢€œdirty bombÃ¢€ to play off the fears of the voters.

2nd: Rob W. – Participants in the worldÃ¢€™s first presidential debate (approx. 10004 B.C.) The guy on the left won on style but, of course, the guy on the right won on substance.

Thanks to all the participants. Another contest will start soon.