Chart Of The Day: How The Filibuster Broke The Senate

Via Ezra Klein, here’s an instructive chart on filibuster use in the U.S. Senate over the past 90 years: 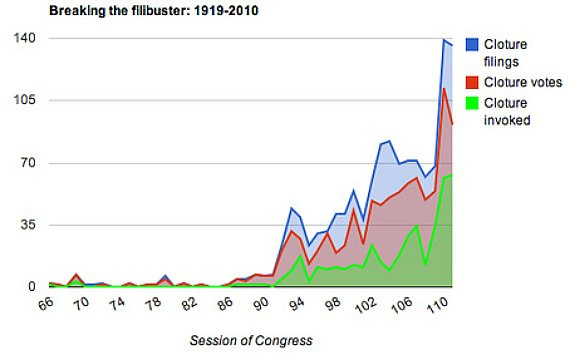