CNN Can’t Find Tripoli On A Map, At Least Not The Right One

CNN correspondent Sara Sidner is in Tripoli, Libya reporting on the rebel advance into the city. Unfortunately when she was interviewed recently whoever was in charge of graphics at CNN must’ve been someone who flunked geography: 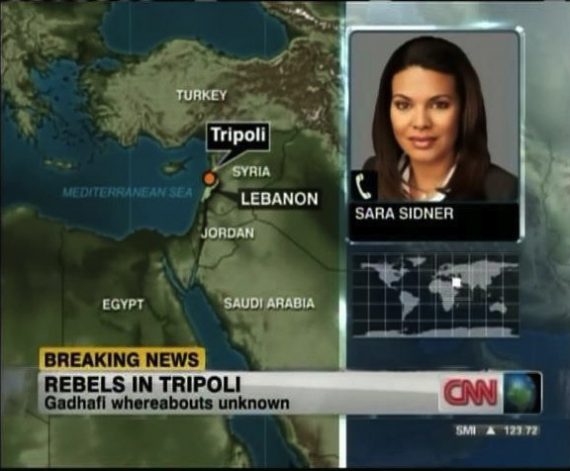 There is a Tripoli, Lebanon, of course, but it isn’t currently under rebel assault, and presumably not the hideout of the leader of Libya, however you spell his name.