Via ABC:  Up to 5 Cups of Coffee a Day OK, Gov’t Advisory Committee Says

You can consume up to 5 cups of coffee a day, or up to 400 milligrams of caffeine, without detrimental effects, according to a new report that will help shape the official government dietary guidelines due out later this year.

This is the first time caffeine has been mentioned in the advisory report, which is submitted by a panel of experts to the U.S. Department of Agriculture and the Department of Health and Human Services every five years. The 2015 Dietary Guidelines for Americans will be finalized by the end of the year.

The advisory committee determined moderate coffee consumption was not associated with health risks, including cardiovascular disease and cancer. In fact, the committee noted that there’s evidence coffee has some health benefits, including reducing the risk of developing type 2 diabetes and cardiovascular disease. There’s also some evidence caffeine offers protection against Parkinson’s disease, the committee wrote.

This is really only of interest to those of us who remember that coffee was once thought to contribute to cardiovascular and other health problems. 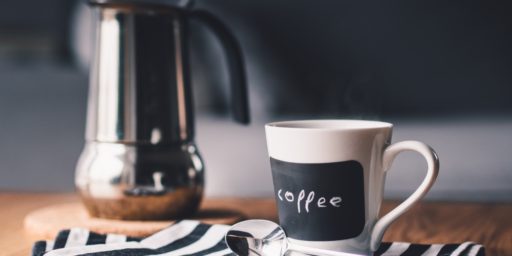